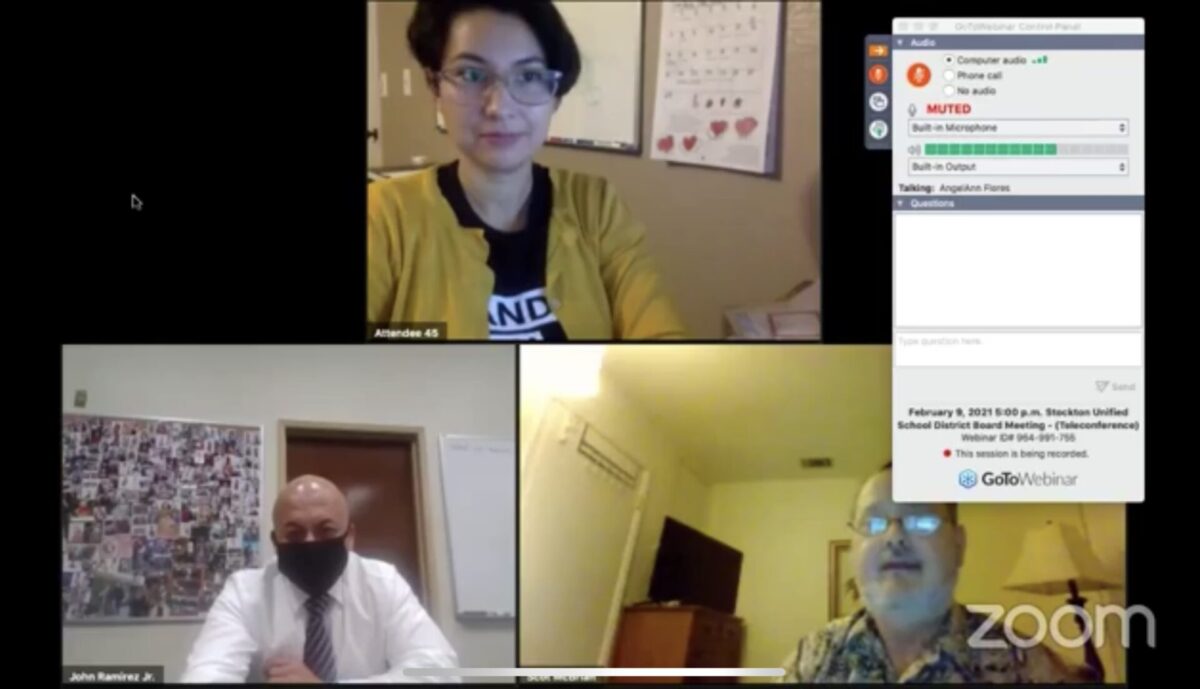 STOCKTON- Just minutes ago the Stockton Unified School District voted 5-2 to condemn and censure the inappropriate and disruptive behavior of Trustees Angelann Flores and Candelaria Vargas.

According to the Board meeting comments, many residents, parents, and employees expressed dire concern with the behavior of these two trustees’ erratic behavior and conduct that is unbecoming of elected officials who are charged with overseeing 42,000 children, with a budget of nearly $800 million dollars.

Trustee Scot McBrian stated, “these constant attacks on our district by our very own trustees puts the integrity of our district in jeopardy, and we as a board will not tolerate this unacceptable behavior.”

This is a not the first time the two Trustees have taken the focus off of children and their duties. In 2019 Trustee Angelann Flores was called out by parents after it was discovered she brought onto SUSD elementary campuses her campaign manager and close friend of former mayor Michael Tubbs, Rodolfo Buenrostro, who was arrested for charges of forcibly raping a UOP student off campus at an apartment complex on Pershing Avenue when she was unconscious in 2015. Tubbs was a program coordinator at UOP at the time of the arrest and told the Record his relationship with Buenrostro was “a little nebulous” as an attempt to distance himself. His employment with UOP ceased shortly after. Despite that Buenrostro would be in attendance at his campaign party for mayor in 2016. Reportedly Trustee Flores invited her manager/friend to speak and attempt to inspire children as a “role model”. It’s important to note that Trustee Flores friend and manager later plead to a lesser charge of Felony assault .

Both Flores and Vargas, who is the wife of Tubbs’ former “senior policy analyst” Max Vargas, we’re both endorsed by the former mayor who also supported their campaigns. When the charter school that was featured in the HBO propaganda film about Tubbs titled “Stockton On My Mind” lost its certification last month in January 2021, Flores and Vargas publicly bashed the decision to the Record, in violation of district policy they’re expected to uphold.

They have both consistently caused disruptions during nearly every single school board meeting as well as publicly calling for the recall and resignation of the 5 other Trustees who constitute the rest of the board and whom they routinely vote the opposite of.