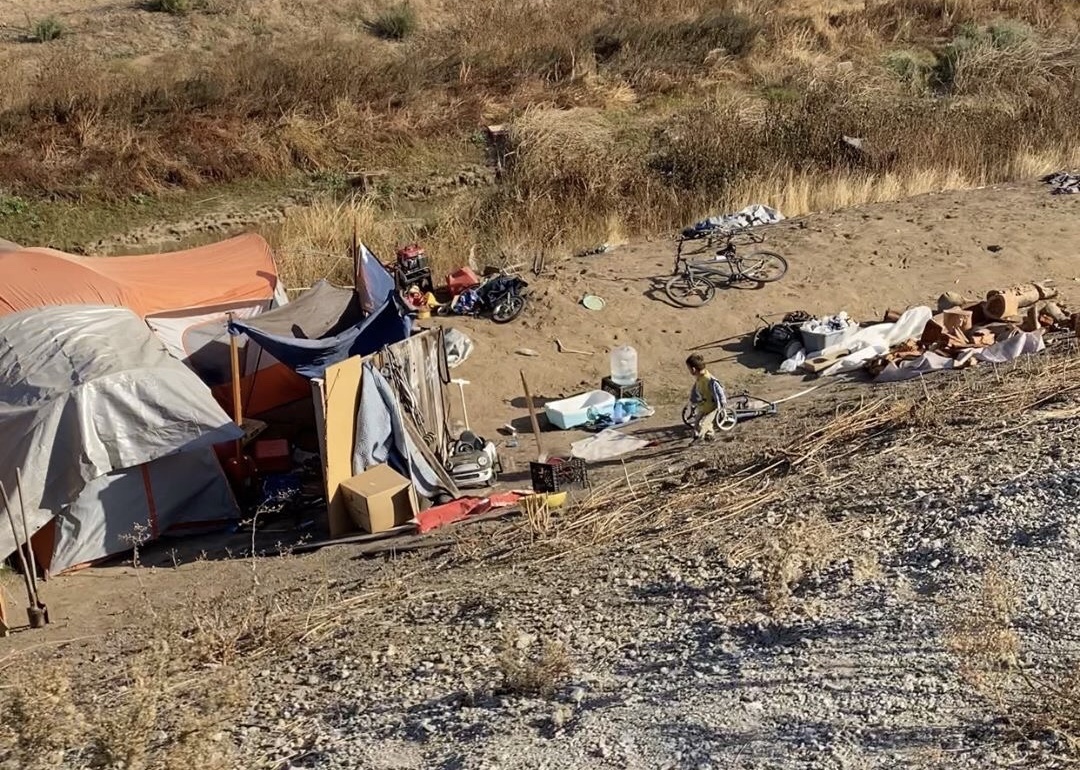 STOCKTON- According to the “Point in time count” conducted by the San Joaquin County Homeless Task Force, the city’s homeless population has exploded over 200% in just the last two years since its most high profile leaders, Chair and County Supervisor Kathy Miller and Mayor Michael Tubbs got elected and took office in their current positions. Despite those elected officials bragging about the Homeless Task Force acquiring over $50,000,000 in grants not much seems to have improved. In fact things only seem to be getting worse.
Several fires are breaking out each day in or around homeless camps with no sign of slowing down. As the weather begins to get colder the situation is expected to get even worse.
Many of the homeless camps near downtown have gotten attention because of their location, but not too much has been shown on other camps that have popped all over town and throughout the county. This morning footage was gathered of the dozens of tents lined up along the Calaveras River between West Lane and Wilson Way towards the Open Air Flea Market. During the tour a toddler was spotted wandering outside tents alone. We’re told seeing children living in the camp is a regular occurrence. The Sheriff was notified so his department could do a welfare check.

Mayor Tubbs and Supervisor Miller could not be reached for comment. They are both running for re-election and will be in the ballot March 3, 2020. Earlier this month Mayor Tubbs denied they request from the Director of the Homeless Continuum of Care requesting $400,000 for 100 more beds at the homeless shelter. Instead the homeless shelters were only given $200,000 out of a $3 million surplus. The cost of Tubbs’ two personal assistant that no mayor in Stockton has had before cost tax payers $300,000 a year.

Photos and videos from the camp.