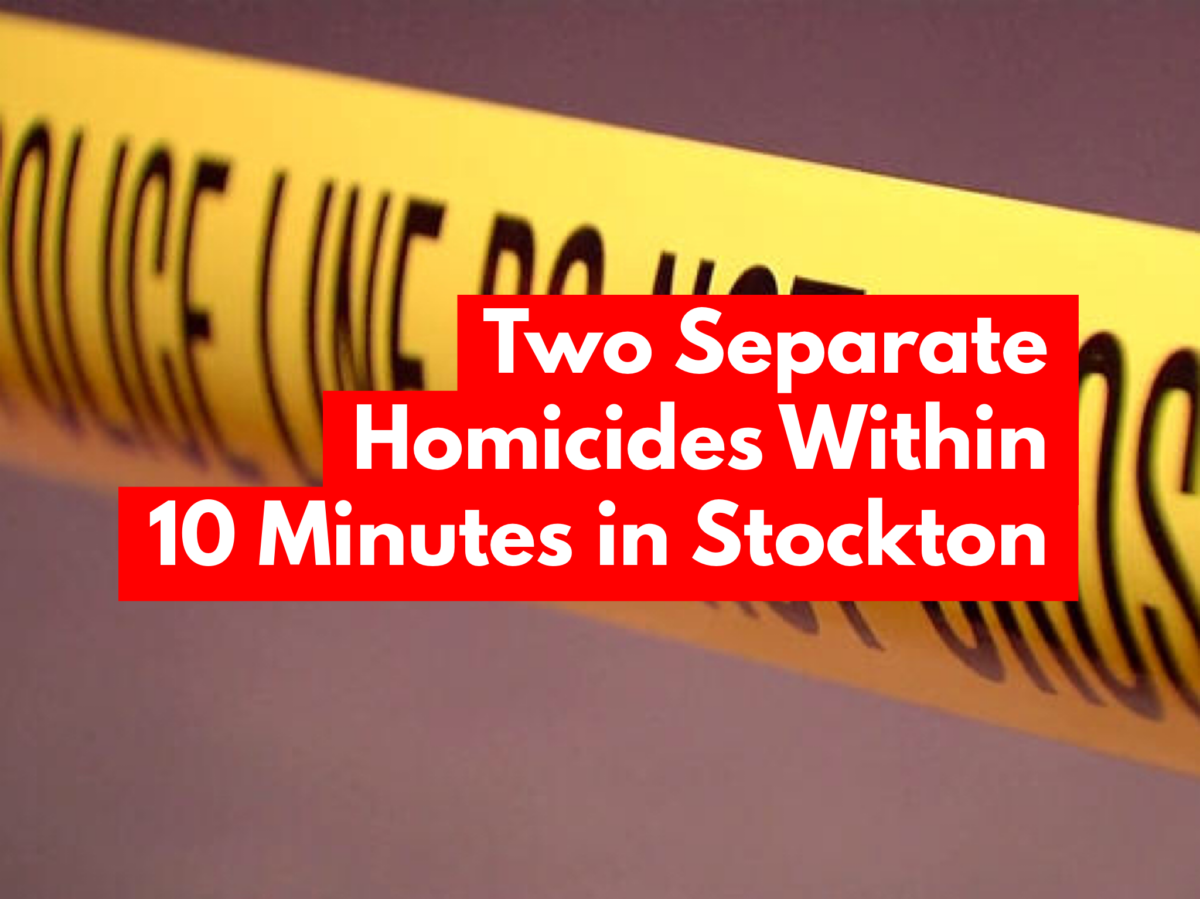 STOCKTON- On Friday evening between 6-7pm Stockton police were called to respond to two homicides resulting in one arrest. Department spokesman Joe Silva has released the following statement:

“On April 26, 2019, at 6:39 pm, officers responded to a residence in the 2300 block of E. Washington Street on a report of a disturbance. During the course of the investigation, they observed the victim, a 66-year-old man, laying on the floor of a room with apparent injuries. The suspect was taken into custody inside the home. Medics arrived and unfortunately pronounced the victim deceased. Homicide detectives were called in for the investigation. Both the victim and suspect lived at the residence. It appears during the disturbance, the suspect struck the victim with an object. Arrested for homicide was Damar Pittman, 26. He was booked into the San Joaquin County Jail.

HOMICIDE INVESTIGATION
On April 26, 2019, at 6:47 pm, officers responded to the area of Harrison Street and Delhi Avenue on a report of a person shot. When officers arrived, they located a man in his 20’s who had been shot. He was laying in the street. Medics arrived and transported him to an area hospital where sadly he died from his injuries. Homicide detectives were notified and responded for the investigation. At this time, there is no motive or releasable suspect information.
The Stockton Police Department is encouraging people to call if they have information pertaining to this investigation. Callers are asked to call the Stockton Police Department at (209) 937-8377, the Investigation Unit at (209) 937-8323, or Crime Stoppers at (209) 946-0600. Callers can remain anonymous.
People may also text information from their cell phones to ‘Crimes’ (274637) and type the keyword TIPSPD and then their tip or logon to the Stockton Police Department’s Facebook page and click ‘Submit A Tip’. Tipsters may also send tips on StocktonPD.org. Tipsters can remain anonymous.
If you have any information that may lead to an arrest, call Crime Stoppers at (209) 946-0600. Crime Stoppers pays cash rewards up to $10,000.00”.