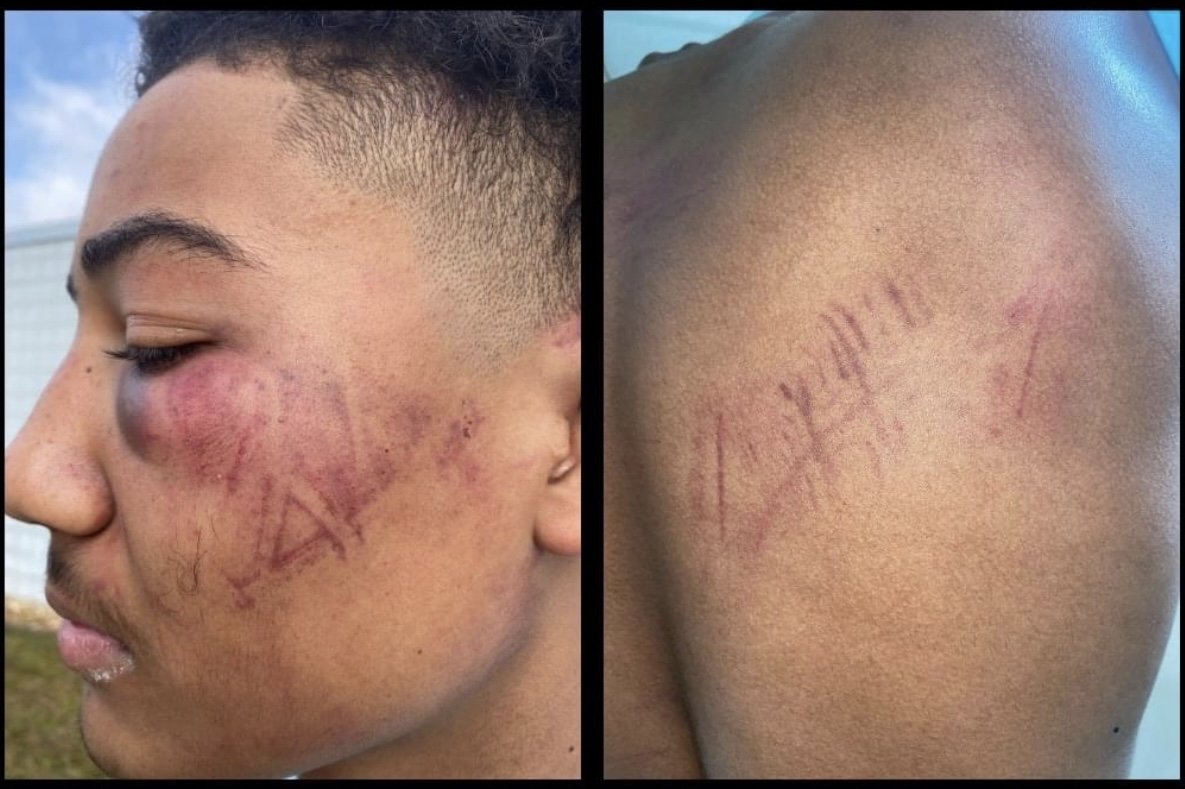 STOCKTON- The Stockton Police Department has issued the following statement announcing the termination of employment for two former officers:

On December 30, 2020, at 8:20 p.m., officers attempted a traffic stop on a Mercedes being driven erratically and speeding in excess of 100 mph. The driver failed to yield and instead turned off the vehicle headlights, leading officers on an approximate three-minute pursuit. The suspect vehicle passed on the right of two uninvolved motorists, who were yielding to emergency lights and sirens. One of the yielding motorists swerved, and a pursuing SPD unit collided with that vehicle. The driver of the Mercedes continued to flee but lost control of the vehicle while navigating a turn. At that time, an SPD unit utilized the Pursuit Intervention Technique (PIT maneuver) to end the chase. The Mercedes’ side-impact airbags were deployed. Four officers used force during the arrest of the driver. The driver was transported to an area hospital for medical evaluation and clearance before being booked into Juvenile Hall for evading and resisting arrest. An internally generated administrative investigation was initiated, and the four involved officers were placed on administrative leave.

Administrative investigations take time to complete, and that is to ensure there is fairness for all involved parties. Even though from the beginning I was deeply concerned and placed the four involved officers on administrative leave, I had to wait for the investigation to be finished to completely understand the full scope and severity of this incident. Now that the investigation has ended, I feel the responsibility to be transparent about some of the officers’ actions that evening.

The investigation determined two of the involved officers were well outside the scope of both our policy and training. Our department has policies that state we should make attempts to avoid striking an arrestee around the head and neck area when possible. Given this set of circumstances, I cannot and will not condone any excessive force. Additionally, any use of profanity is considered unwarranted and not professional.

Holding ourselves accountable and providing service to our community is paramount. Today, several of the involved officers are receiving discipline, including two who are being separated from employment as a result of their actions. This case is also being reviewed by the San Joaquin County District Attorney’s Office.

As our department moves forward, we will continue to strive to exemplify our core values. We must always remember that upholding the trust of our community is an essential part of our duty as law enforcement officers.