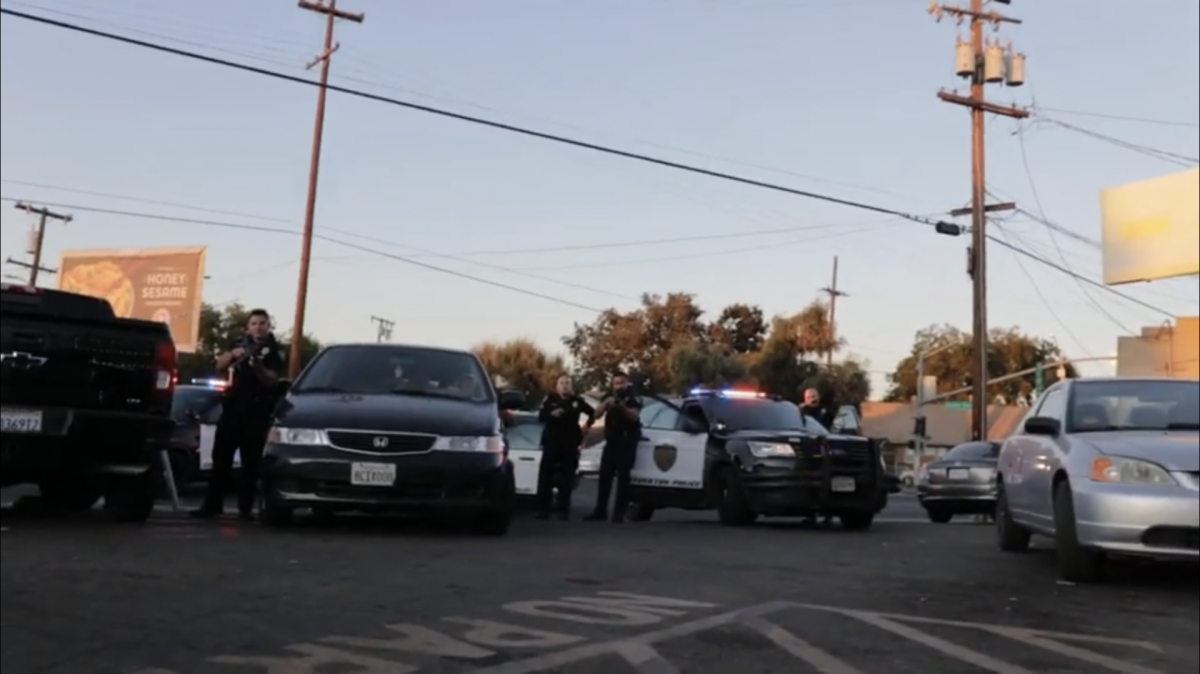 STOCKTON- The city has a long history of film making with such classics like Fat City, Cool Hand Luke, and All The King’s Men amongst others, but yesterday October 11th the Keith Lea Films film crew got a lesson about filming in one of America’s most dangerous cities they won’t soon forget. While filming for an Amazon Prime show, using fake guns as props at Michael’s Market on Main Street in east Stockton, several police units arrived and held the film crew at gunpoint. Apparently they never notified the department they would be filming a scene involving guns in a city that’s seen it’s crime rates increase dramatically and consistently under the leadership of its current young mayor Michael Tubbs who has gone so far as to raise a million dollars to pay suspected violent shooters a monthly stipend if they attend classes as part of a program called Advance Peace, which people refer to as Cash for Criminals. Instead of decreasing the violent crime rates have actually gone up with daily shootings. This heightened sense of concern had several witnesses call police and report people with guns, not knowing it was only for a TV show. Thankfully no one was hurt as the police department has also struggled recently to change its use of force and focus on deescalation. Between 2013 and 2016 the Stockton Police Department had the 6th worst rate for shootings of citizens per capita in the nation; second worst in California behind Bakersfield PD.

Despite the original shock and concerns, no one was hurt and the Sergeant on scene handled the situation professionally.