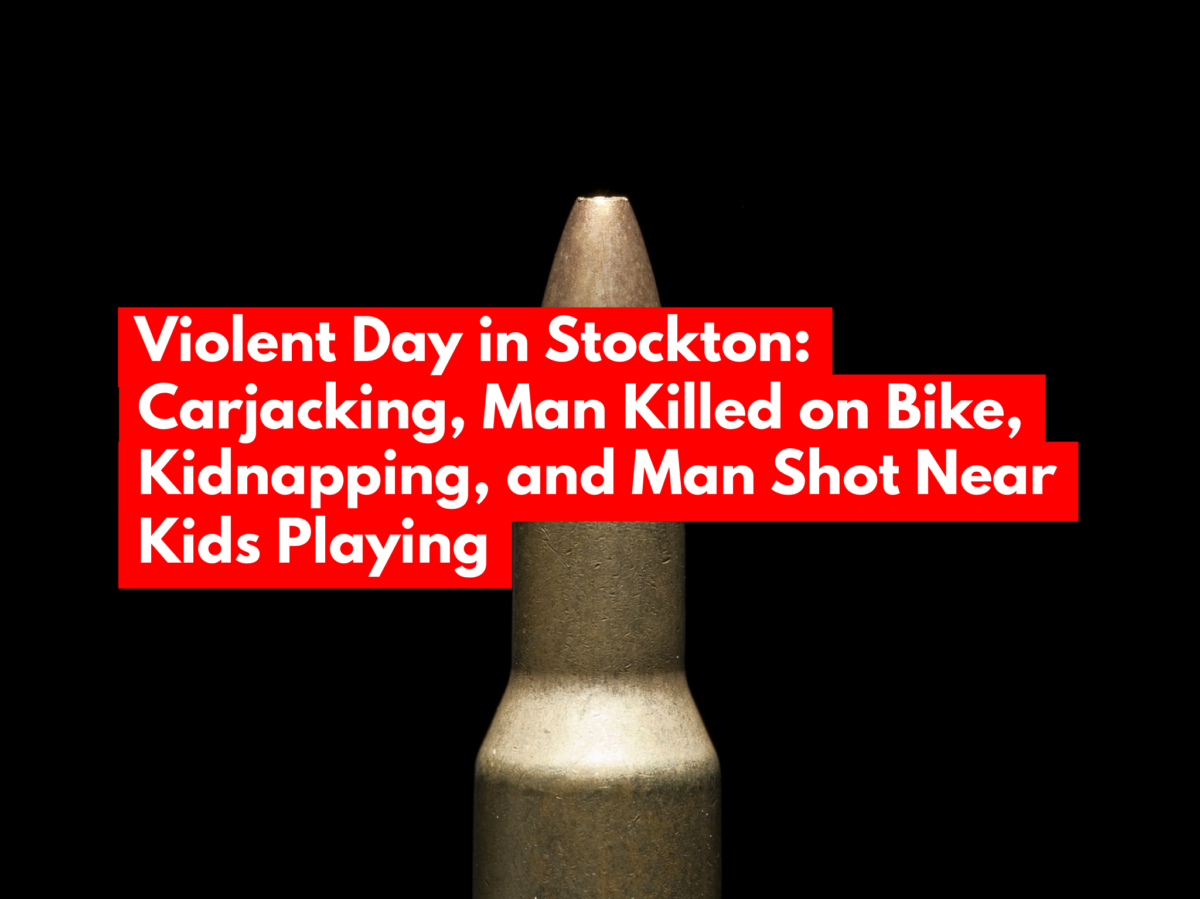 STOCKTON- The city saw multiple incidents of violence once again as the police responded to several calls throughout the city:

5:17pm: The Sheriff’s Office responded to a call from a caller who found a man on the road deceased with his damaged bike nearby. The investigation is ongoing.

7:12pm: Officers were dispatched to Louia Park to respond to a man suffering from a gunshot wound to the stomach. According to police and our sources, the victim stated he was in his car when several suspects attempted to rob him with a shotgun. As he attempted to flee, one of the suspects shot him. The man drove down the street to the park where families were enjoying baseball as and the suspects fled in a gray Saturn Vue. He was transported to a local hospital and listed in stable condition. SUSPECTS: 5 Mexican males

3:40am: according to police, “The suspect approached an adult female victim, pointed a gun at her and forced her to get into his vehicle. The officers later located the vehicle and took the suspect into custody without incident. The female victim was in the car and she was unharmed. ARRESTED: Randall Dunham, 34, for kidnapping, attempted robbery, and in possession of a stolen vehicle.”