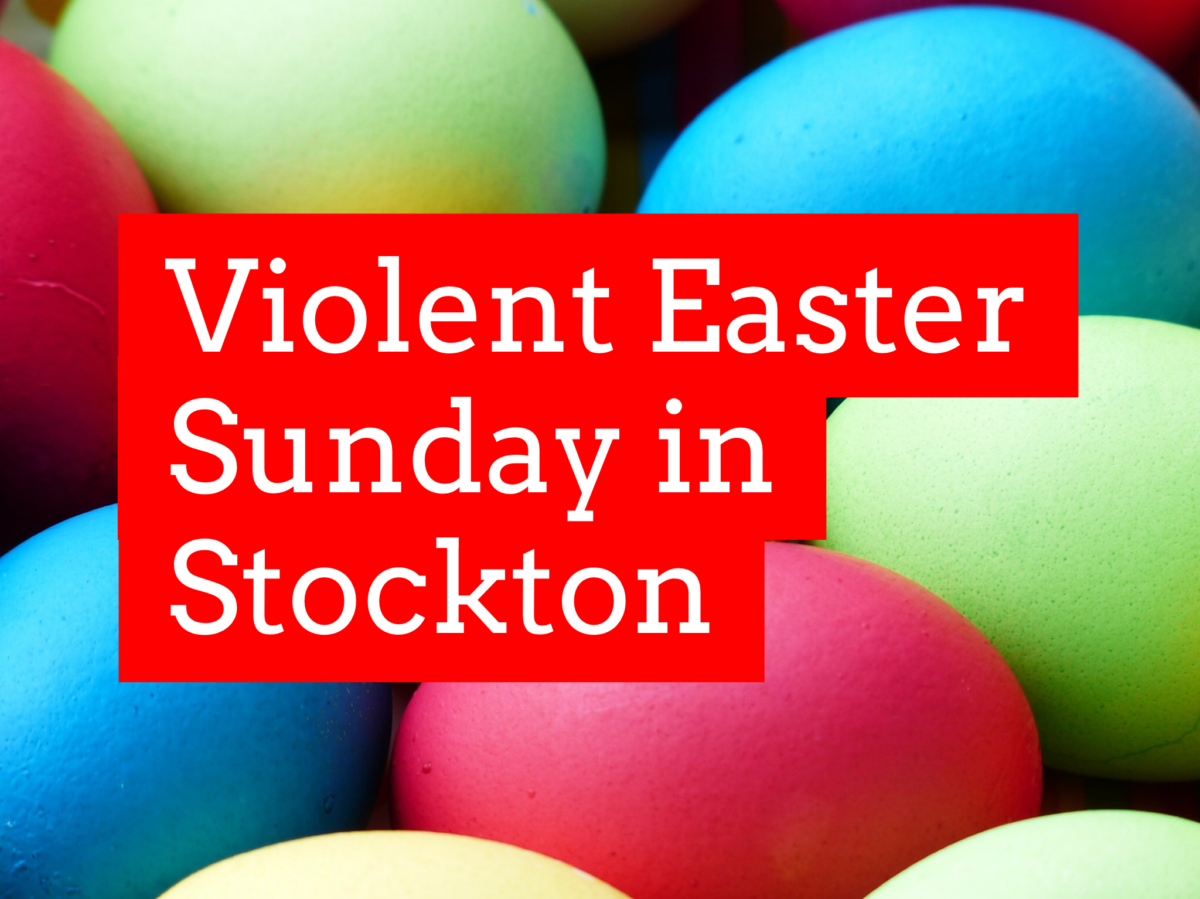 STOCKTON- While most people were spending time with their families on the Easter holiday, Police were busy responding to several violent crimes in the city yesterday. One person was shot in the leg in a drive bye shooting and is recovering in the hospital.

Another person was robbed at gunpoint of his phone and car on the 3100 Block of East Main Street. A couple of hours later when officers located the vehicle at Hammer Lane and West Lane the driver led them on a seven minute, six mile high speed pursuit. The chase ended when the driver crashed into a residence, which was occupied. No injuries reported. Four occupants of the stolen vehicle were taken into custody and a loaded handgun was recovered in the vehicle. Arrested were Peter Fuentes, 20, Alonzo Castaneda, 20, a male juvenile, 16, and a male juvenile, 15, for carjacking, weapons, and gang charges according to SPD.

While police were responding to that car jacking, another attempted car jacking that escalated to an attempted murder occurred on the 1700 block of South Stanislaus St. as a man was sitting in his vehicle he was approached by two suspects and demanded his vehicle. One suspect shot through his window at him, missing. They failed to take the car, which stalled so they fled on foot. The only suspect description provided by SPD for one of the suspects is a black adult male. There is no description for the second suspect.