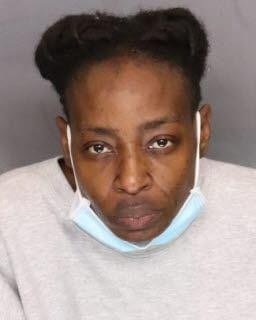 STOCKTON- Dorothy Bell, who was arrested on November 28th after a day long standoff with police, has been arraigned today on 39 counts including kidnapping, torture, and assault with a deadly weapon amongst other charges.

“On November 27, 2020, Stockton Police Department responded to a call where a victim was found naked with her arms bound behind her back sitting on a front porch. Defendant Bell allegedly kept the victim, her ex-girlfriend, restrained for three weeks in her Stockton home, routinely inflicting harm. During the course of the investigation, Stockton Police Department called in the Crisis Negotiation Team to extricate the defendant from her home. Defendant Bell escaped and entered into a neighboring home with three inhabitants inside. She remained in their home during a stand-off with police until apprehended late on November 28, 2020.

Previously, the defendant had an open case with the San Joaquin District Attorney’s Office for domestic violence on her ex-wife. Due to the nature of both cases, the complaint has been amended to reflect all charges allegedly committed on the ex-wife and ex-girlfriend.

The Honorable Judge W. Stephen Scott set bail at $4 million and defendant Bell’s next court appearance is scheduled for December 30, 2020”.