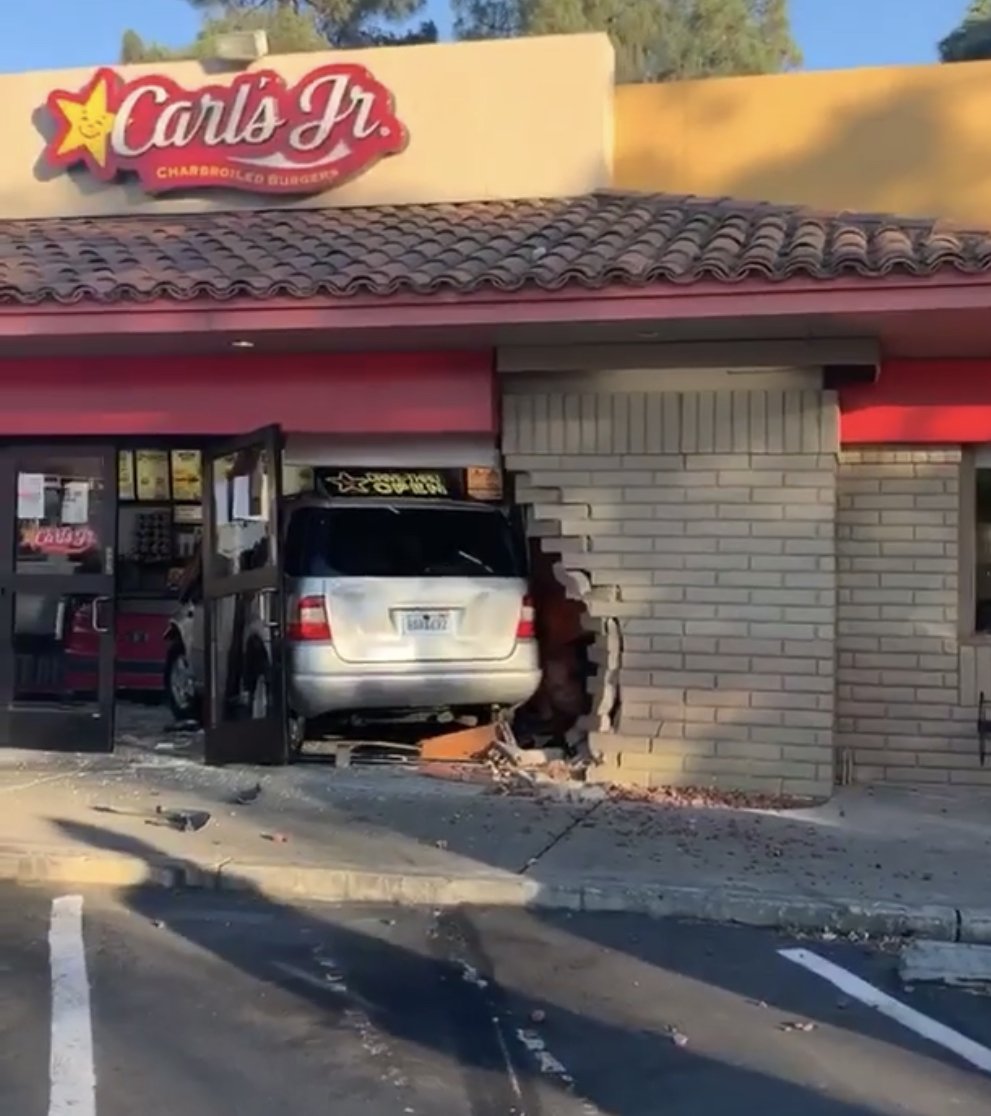 STOCKTON- An unidentified woman drove her van completely inside of the Carl’s Jr. on Pacific Ave and Hammer Lane. Witnesses who saw the crash were then astounded to see her get out and run-away. They pursued her and found her hiding in bushes telling her to return, which she eventually did. Police are on the scene collecting evidence. The cause of the crash is unknown at this time.