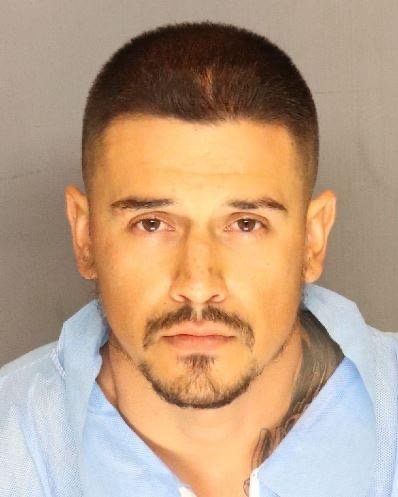 TRACY- Police have announced the arrest of Tracy resident David Miranda-Lick for homicide. The incident began early this morning at a bar on the 2700 block of Pavilion Way around 1:00am. Police received a call that two people were stabbed by an assailant. According to police the alleged assailant was then chased to a hotel two blocks away on the 2500 block of Pavilion Way by Miranda-Lick who wounded the alleged stabber with “major injuries” and he died at the hospital.

Just last week Miranda-Lick was praised as one of the heroes who saved a stranger from drowning:

This is a picture of two heroes. Earlier this week our firefighters were dispatched to a vehicle that had rolled over into a ditch. This was in the early hours of the morning just before sun up. The driver of the car was a young female who’s car rolled several times and landed upside down almost completely submerged in an irrigation ditch. These two men who were traveling in separate cars and did not know each other, witnessed the accident. They immediately pulled over and worked together to free the unresponsive woman who was still in the submerged car. One of the men who had prior CPR training was able to revive her prior to our crews arrival. She lived. It’s not everyday that that two total strangers risk their own lives to save another total stranger. This act of courage is a shining light of how good people can be. @Tracyfirefighters would like to recognize Jorge Mendoza and Daniel Miranda for their heroic life saving efforts”.