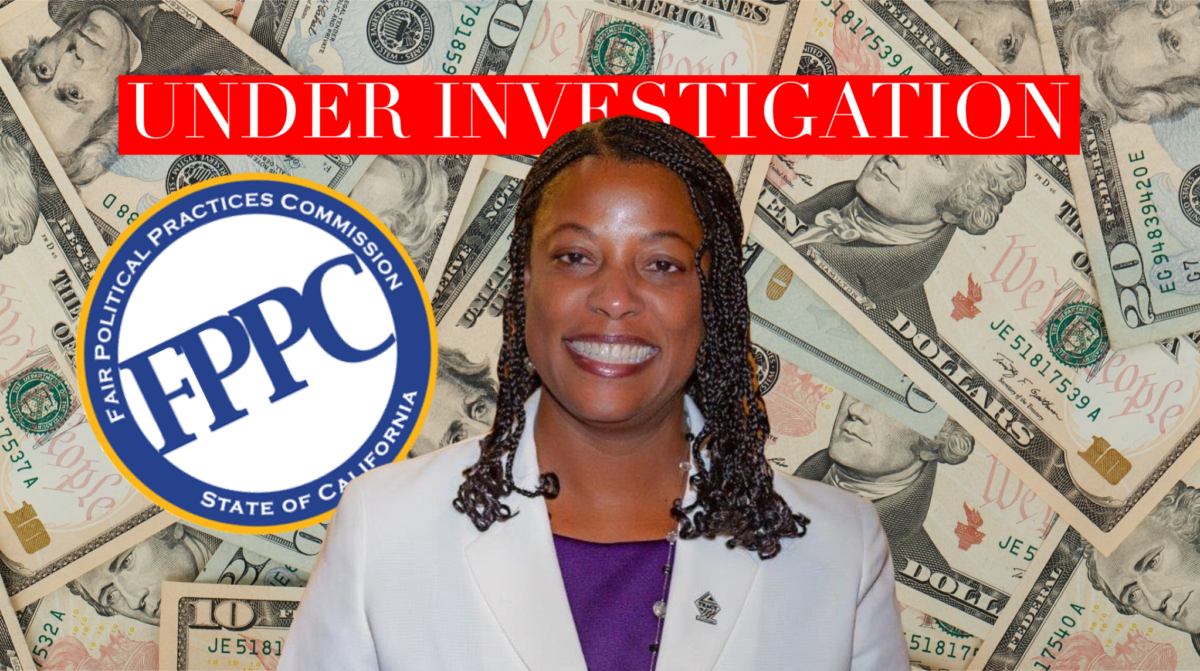 TRACY- Tracy councilmember Nancy Young is under investigation by the California Fair Political Practices Commission after a local business owner and community advocate, David Helms filed a formal complaint alleging that she used her position as an elected official to influence city contracts going to non profit organizations that she and her husband operate. The following is a statement from Helms published in full along with supporting documents, which are amongst a total of 55 pages submitted to the FPPC:

“As a result of a Public Records Act I obtained the attached documents regarding Ms. Nancy Young, an elected City Council member in the City of Tracy, and her activities associated with attempting to obtain a permit to sell fireworks in the City of Tracy during the 2018 July 4 fireworks season on behalf of three Non Profit organizations which she is affiliated with, and receives personal financial benefits from.

The City of Tracy has adopted an ordinance for the fireworks lottery and the Tracy Fire Department is tasked with overseeing the process by which the lottery is conducted and the fireworks stands are operated.

Councilwomen Young is associated with the Tracy African American Association, a Non Profit, and is listed as the Chief Financial Officer and Agent for Service.

City Council Member Young applied, or participated in, the application process for three of the ten available fireworks stand permits on behalf of the Tracy African American Association, His Image Ministries and One Living on Purposes.  All three organizations were suspended by the Franchise Tax Board and/or the Secretary of State at the time of the applications.

Ms. Amy Rae, the Fire Marshall, was tasked with vetting the 70 or so, applications for fireworks stand permits and discovered the suspensions during that process. Councilwoman Young was advised her applications would be rejected because her non profits were suspended and therefore could not legally participate in the lottery, or perform any activities until they were in good standing.

A series of emails and telephone conversations followed between Mrs. Young, Ms. Rae, Fire Chief Bramell and the City Attorney, Mr. Watson.  It should be noted that Ms. Young’s Emails contained the tag line, “A Proven and Effective Voice for Tracy City Council!”

Councilwoman Young visited the Fire Administration Building and personally spoke with Ms. Rae, the Fire Marshall, to have her non profits included in the lottery the day before the deadline for applications.  Ms. Rae wrote an E-mail regarding her conversation with Councilwoman Young which is attached.  In that E-mail, Ms. Rae stated, “I will preface my dictation with the fact that I was very uncomfortable with the conversation, as I felt that Ms. Young should not have been advocating for applicants in her current position.  Her inquires and the context of the conversations and phone calls made me and my staff uncomfortable.  One of my staff made the comment that she hoped her job wasn’t going to be affected because of Ms. Young and her inquires, because one of the groups she was asking about was being denied for the lottery.  My staff should not have been placed in that position. Honestly, I am a little uncomfortable with this request.”

The City of Tracy held the lottery and the ten permits were allotted.  One Living on Purpose, Councilwoman Young’s non profit was allowed to participate in the lottery and was listed as an alternate according  to the records I obtained from the City Clerk.   Ultimately, her organization was awarded a fireworks stand permit and financially benefited.

On June 21, 2018 at 4:41 PM an email from [email protected] was sent out.  It states in part, “Remember that Treasurer, Dr. Nancy Young’s non-profit, One Living on Purpose was awarded one of the fireworks stands for this year.  Nancy has invited TAAA to partner with her and share in this fund raiser.  The dates are June 28-July 4.  This is a lot of work but it can significantly impact our ability to fund scholarships.  It is just 8 days of hard work and we could end up with as much as $5,000 or $6,000.  But we can not do this without you.”

There appears to be a violation of the City of Tracy’s municipal code regarding the issuance of a fireworks stand permit to Mrs. Young’s nonprofit. There also appears to be a violation of 1090 of the government code.  Additionally, the Tracy African American Association, a suspended entity, conducted business on behalf of Mrs. Young’s  nonprofit, and financially benefitted from those activities.

I have attempted to have the City of Tracy resolve, or at least investigate this matter.  The City Attorney was directed by a vote of the City Council to file an FPPC complaint but has not.  I believe this matter seriously erodes the public’s confidence, it obviously concerned the affected fire department staff and it should be noted the fire departments union was engaged in contract negotiations during the time of this incident.

Should you have any questions, or need edification or amplification regarding this complaint, please do not hesitate to contact me directly.

More to come on this story as it becomes available.