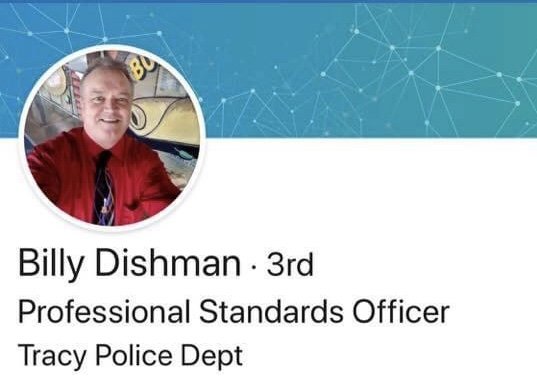 TRACY- The police department has announced that one of their “part time professional staff members” , we’ve identified as Bill Dishman, has been relieved of his duties. Those duties included, ironically, being the person responsible for investigating complaints against officers as the Internal Affairs investigator as the Professional Standards officer.

Dishman also appears to have retired from a long career with the San Jose Police Department.

Tracy PD says he is relieved of all duties pending an investigation…that he would normally perform.

The move came after he was reported for making threats online in a Facebook group of law enforcement members.