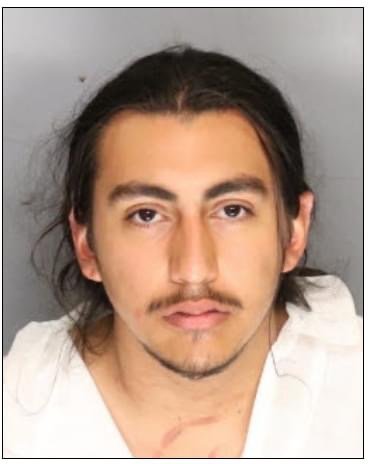 TRACY- This morning the San Joaquin Sheriff’s Office reported that an 18 year old male had been arrested on July 19th after receiving a call for service at 3:30am from a fisherman in the area of Fink Rd west of Tracy Boulevard.

According to the Sheriff’s Office:

“The caller reported a man walking in the middle of the roadway with blood. The man, 18-year-old Gustavo Miguel Enriquez, was located by the California Highway Patrol in the area sitting in a vehicle that appeared to have been in a traffic accident.

He told CHP Officers that a woman was seriously injured up the road from their location.
Sheriff’s Deputies responded to assist in locating the woman. Approximately 1/2 mile from the vehicle, Deputies found a 16-year-old juvenile suffering from gunshot wounds and immediately began providing medical aid. She was, unfortunately, pronounced deceased a short time later. Homicide Detectives were notified who responded and took over the investigation.

The name of the juvenile victim, who is from San Joaquin County, is not being released as this is still an active investigation. The family of the victim has been notified. During the investigation, Detectives arrested and booked 18-year-old Gustavo Miguel Enriquez, from Tracy, Ca area. He was booked on charges of 187(a) PC, Homicide with additional charges pending.

This investigation is still ongoing, and Detectives are still looking for additional witnesses who have information regarding this incident. To report information, please contact Homicide Sergeant Armando Izaguirre at 209-468-4433 or the Sheriff’s Office Dispatch Center at 209-468-4400”.