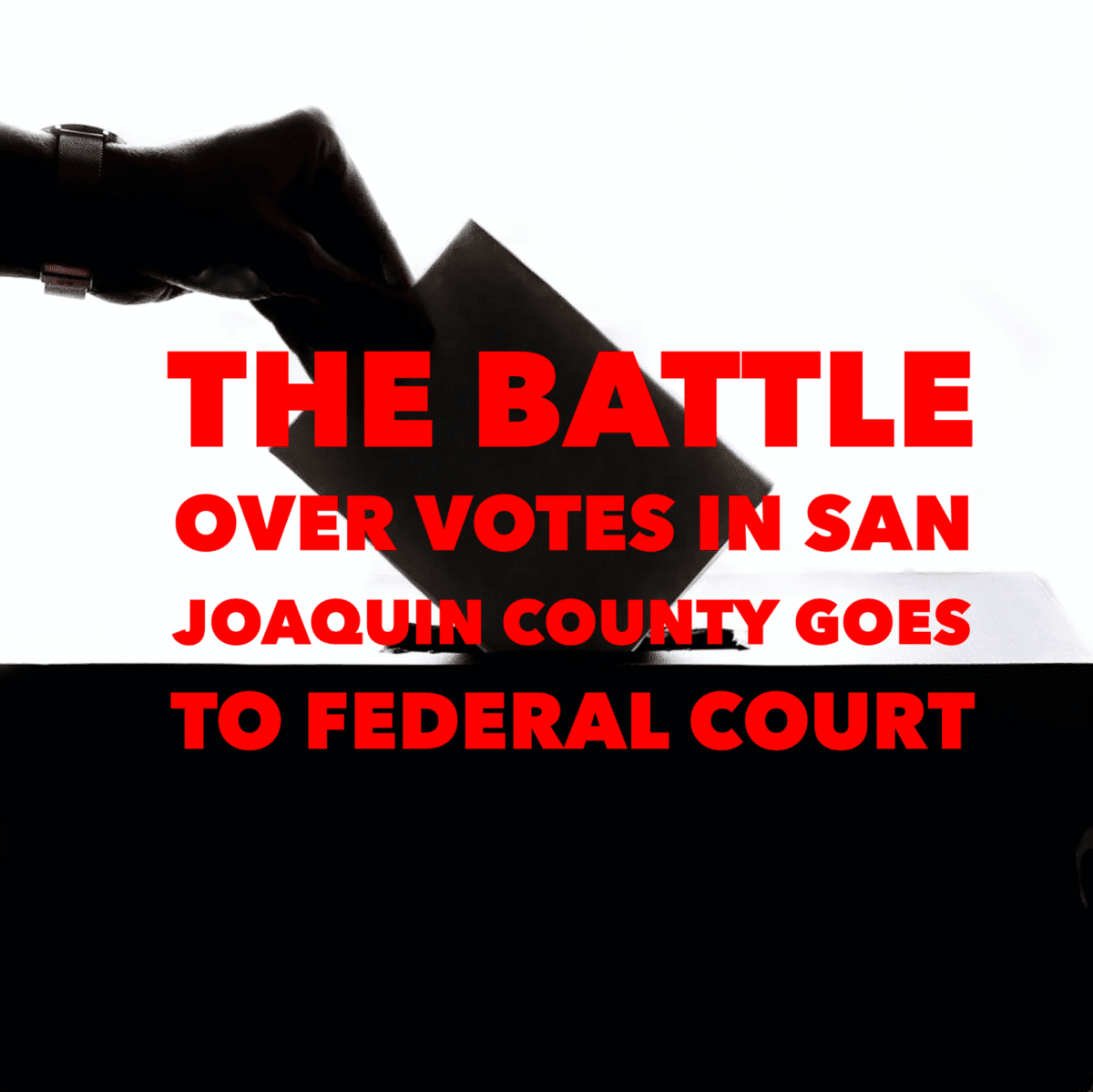 It has come to 209 Times’ attention that you are being sued in federal court over your refusal to do a recount of the last election.
“Plaintiff has identified at least thirty-six (36) voters in the California Assembly District 13 of San Joaquin County whom timely voted by mail in the March 3, 2020, Presidential Primary Election that have signed affidavits and turned said affidavits into the San Joaquin Count? Registrar?s Office verif?ing their signatures for the vote they cast and they have not been counted by the Registrar. “
We understand only 22 votes separate Christina Fugazi from Kathy Miller.  Is that true?  If so,  if this lawsuit is found in favor of the plaintiff (Fugazi and others), how would this impact the outcome of the election?
Are there other votes, beyond the 36 in question, that  have been challenged that were not counted in the primary election?
Could a recount impact any of the other election results?
What, if any, impact has COVID-19 had on your ability to appropriately certify this election?
Do you think the Governor’s vote by mail initiative may create more recount litigation like this?
Since Kathy Miller is the Chairman of the Board of the County Board of Supervisors and therefore has direct influence on your budget and your salary, should you recuse yourself from this contentious recount, and instead have the Secretary of State step in?
Thank you for your anticipated cooperation in this manner.  We look forward to your timely response.
Respectfully,
Frank Gayaldo
209 Times

P. S. Ironically Dubroff was featured in a story by Kurt River, who was fired from a Bakersfield news station after being arrested for allegedly beating his girlfriend, about receiving $2.2 million for a system that would “ensure each vote…would be accurately counted”.