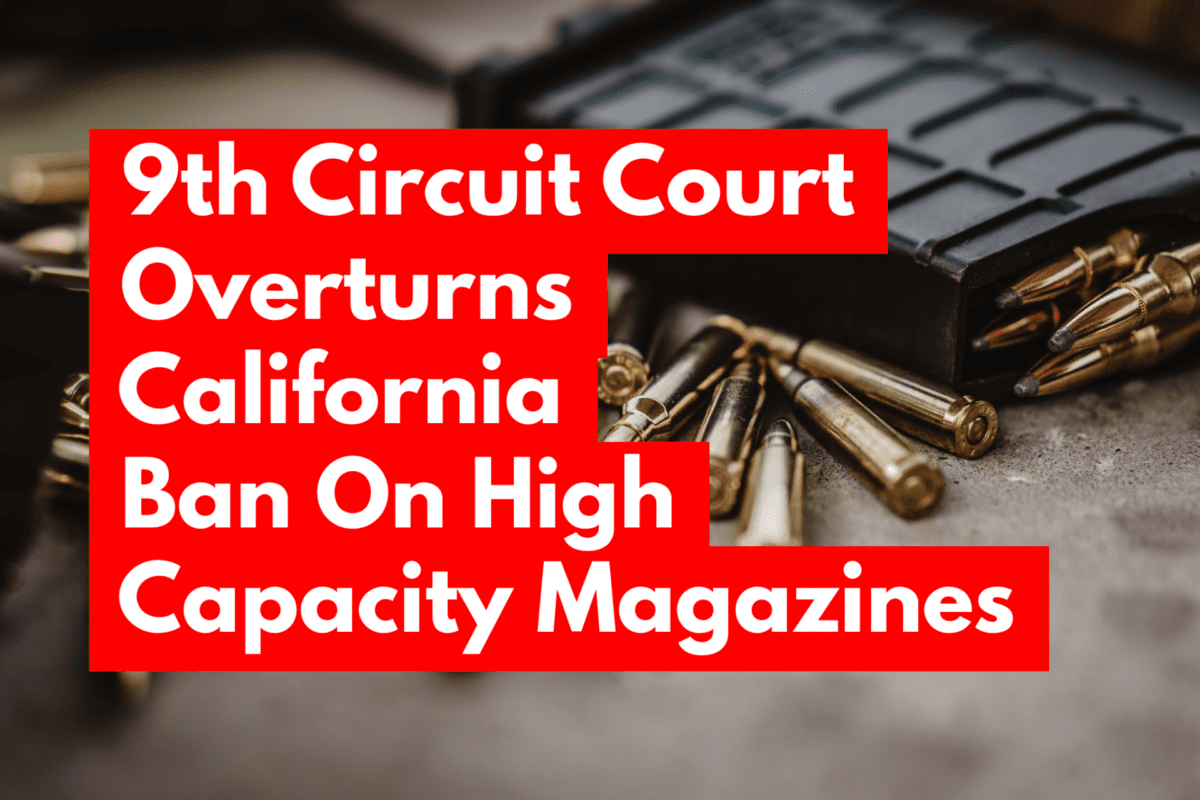 In their statement Judge Kenneth Lee of the three member panel said, “Even well intentioned laws must pass constitutional muster,” and that California’s ban on magazines with a capacity of more than ten bullets, “strikes at the core of the Second Amendment – the right to armed self-defense.” He acknowledged that the state passed the ban amidst notorious mass shootings, but disagreed that they justified the law saying it was, “so sweeping that half of all magazines in America are now unlawful to own in California.”

Today’s ruling was not unanimous with two of the three judges voting to overturn  the ban, and Texas Judge Barbara Lynn, dissenting with their opinion.

The State Attorney General Xavier Becerra has not yet issued a statement regarding the ruling.