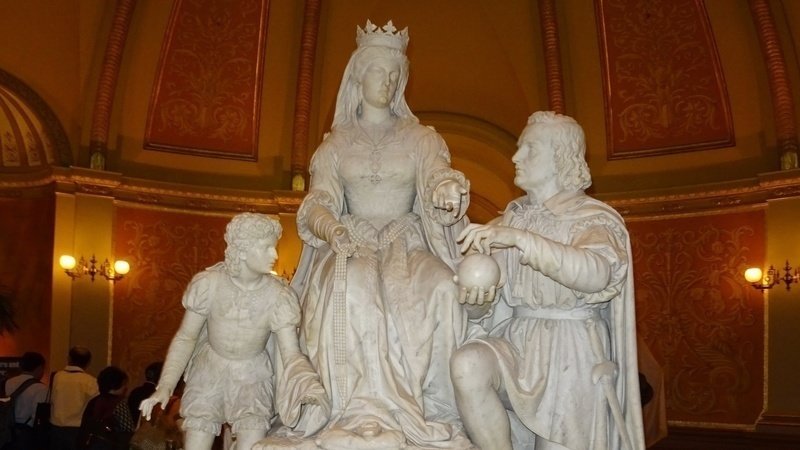 SACRAMENTO- Law makers issued a statement announcing that the Columbus statue in the rotunda of the Capitol building will be removed:

“Christopher Columbus is a deeply polarizing historical figure given the deadly impact his arrival in this hemisphere had on indigenous populations…The continued presence of this statue in California’s Capitol, where it has been since 1883, is completely out of place today. It will be removed.”

This announcement comes a day after the a statue of Sacramento’s founder John Sutter was removed. Native American groups and Chicano advocates had been pushing for such removals for several years, but now with national protests raging against racism and police abuses after George Floyd was murdered by cops in Minneapolis, Minnesota changes are happening across the nation.

In other states statues seen as representing racism and white supremacy from Columbus to confederate General Robert E. Lee and leaders of the Ku Klux Klan are being removed.

Stockton leader and activist Motecuzoma Sanchez who worked in the Capitol as a legislative aide before also began an online petition and letter addressed to the governor and state legislature urging them to remove the statue:

“As many symbols of America’s racist past like statues of Confederate generals and slave traders are removed by local and state governments or taken down by activists, California state legislators have expressed support and solidarity with such actions. However, there remains a huge monument to the very man and Queen who started it all back in 1492.

The statue in the Capitol Building in Sacramento titled Columbus’ Last Appeal to Queen Isabella is a monument to genocide, rape, and colonialism of the millions of indigenous people in the Western Hemisphere.
Columbus himself was guilty of kidnapping, rape, torture, murder, robbery, and human trafficking of girls as young as 9 years old- by his own admissions. The globe he holds in his hand was never his to invade nor were the people living in it, and continuing to survive despite his and the state sanctioned genocide by the state legislature of California in the 1800’s, were never his property to claim or abuse.

Such a symbol of racism, hate, and genocide has no place in the modern world let alone on the grounds of California’s State Capitol. It must be removed immediately ‘lest it invites removal by destruction during these revolutionary times and calls for racial justice and institutional reforms.

There has been no timeline given as to when the statue is going to be removed due to logistics that need to be figured out.