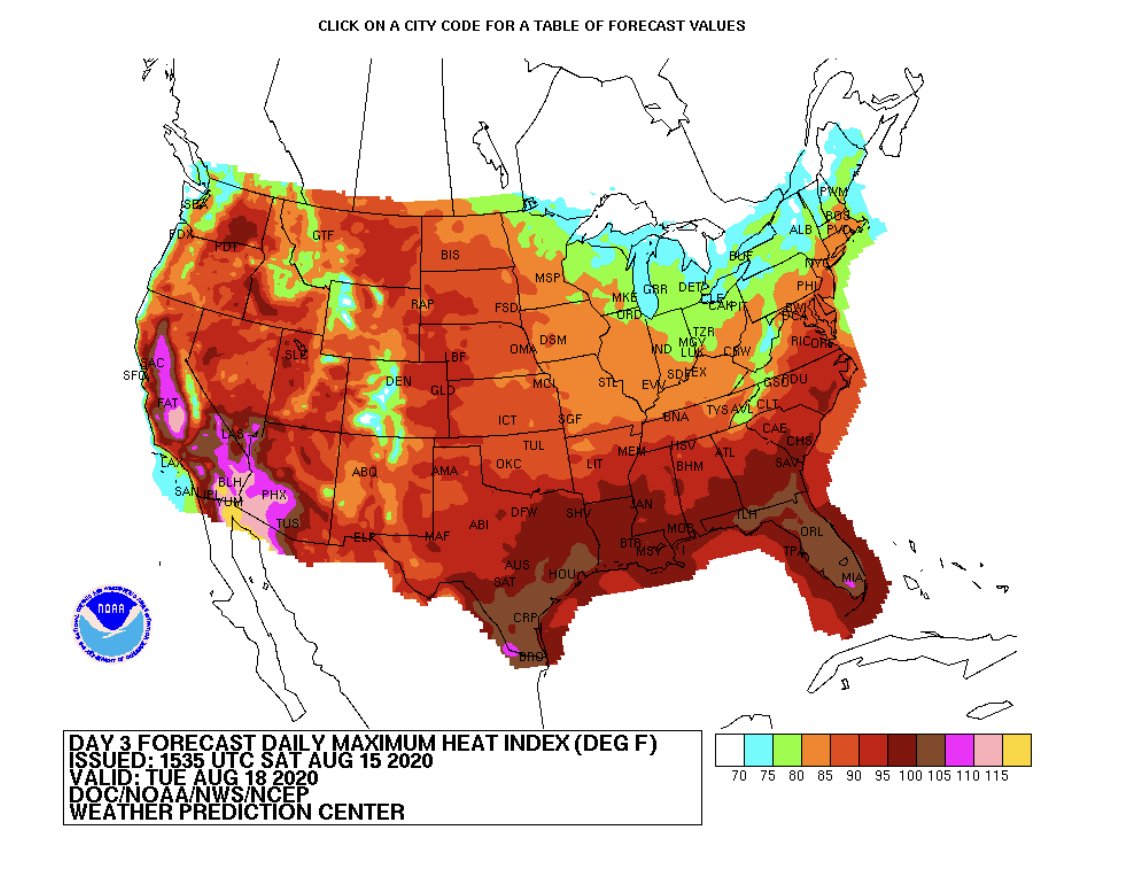 CALIFORNIA- According to the National Weather Association the next 15 days will be the hottest on record for the last 70 years going back to 1950 for the entire West Coast.

Experts warn of expected rolling black outs as the heat places extreme demand on the power grid as is already affecting the Bay Area. The last heatwave close to this severity was in 2006. According to the Southwest Climate Adaption Science Center at the University of Arizona the heatwave that hit the West Coast in 2006 killed more than 600 people, hospitalized more than1,200, and caused more than 16,000 people to go to the emergency room.