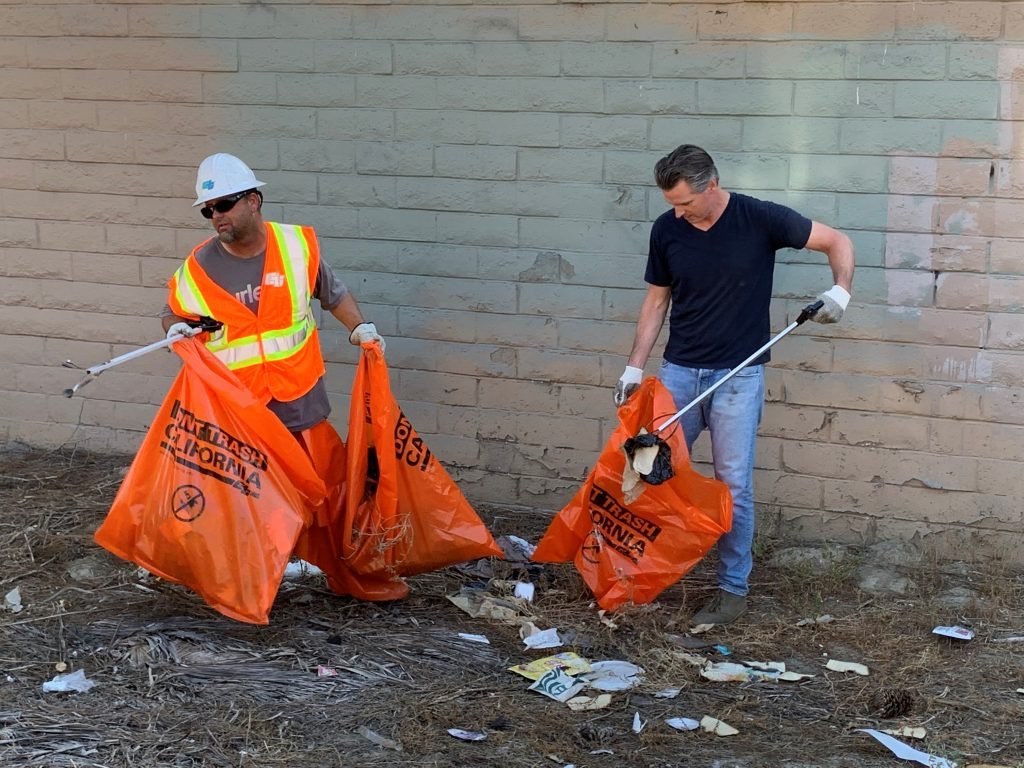 “Let me be blunt: it is unacceptable to not provide proper care to those struggling the most, who’ve found themselves homeless due to mental health and addiction challenges,” said Governor Newsom. “We cannot continue to tolerate the open drug use on our streets – we can no longer just look the other way.”

STOCKTON- Gavin Newsom visited transient encampments wearing expensive jeans and shoes to greet Cal Trans workers getting ready to clear out one of the encampments made worse by his failed policies along I-5. He also took the opportunity to take a photo making it look like he was actually working before taking off for another homeless plan tour event in Long Beach hours after the Stockton visit.

He used the opportunity to unveil his plan to spend $1.2 billion dollars of tax payer money to address the homeless crisis unveiling his full plan online.

“The plan includes a $12 billion investment over two years to confront the homelessness crisis, helping the most unwell individuals move off the streets and into housing with wrap-around services. As part of this investment, Governor Newsom led the charge for a $3 billion behavioral health housing initiative – the largest investment in California history for rebuilding the behavioral health pipeline. The $3 billion plan is expected to create 22,000 new beds and treatment slots, a component of the 42,000 new homeless housing units that will be created under the California Comeback Plan”, Newsom said in a press release.

Stockton representative in the State Senate, Susan Colette Eggman (who uses the fake alias of Talamantes) was no where to be seen. She did not add any commentary about the Governor’s plan in a city where her presence has been almost nonexistent as a State Senator. As an assemblymember she pushed for a law to use tax payer money to establish lounges for Heroin addicts called “Chill Rooms” that was vetoed by former Governor Brown.

Disgraced former mayor Michael Tubbs whom Newsom appointed as his ex officio representative on the state committee for economic opportunity was also no where to be seen in the city he fled after losing by double digits to an unknown newcomer Kevin Lincoln despite having a propaganda “documentary” on HBO called “Stockton On My Mind”.

The election to Recall Newsom as California’s Governor is weeks away on September 14th.