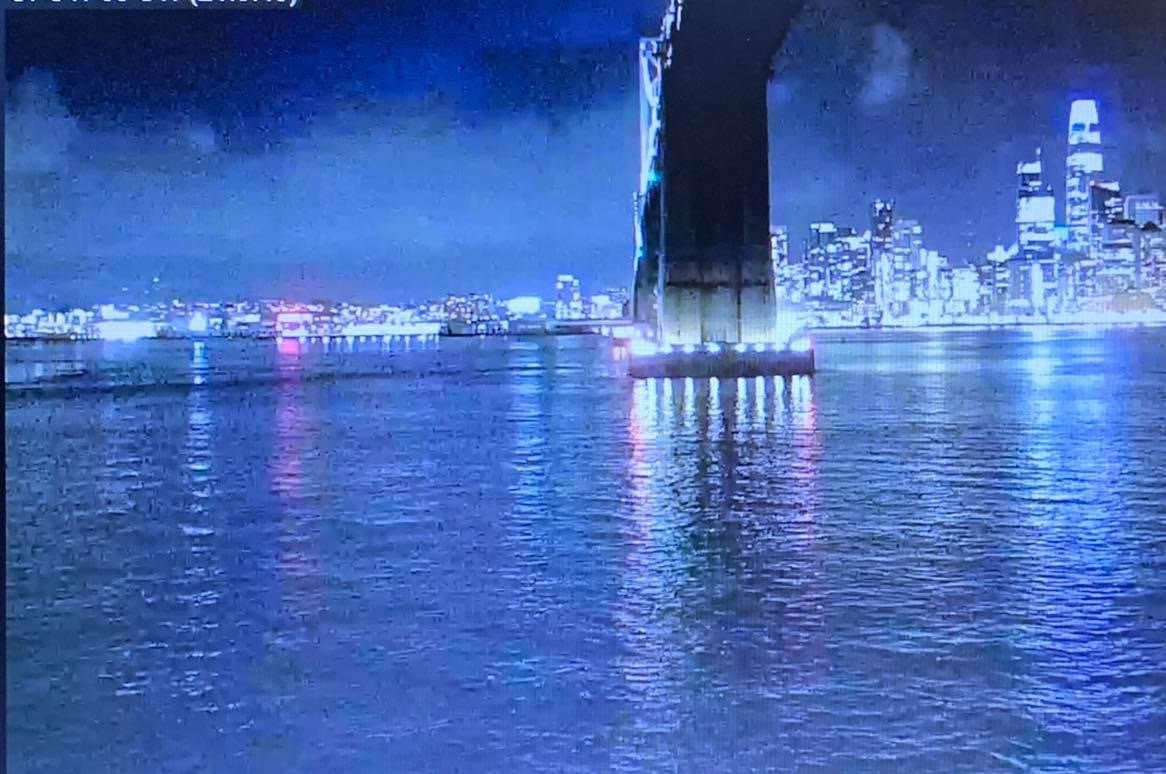 SAN FRANCISCO- On March 11, 2021 an unidentified man committed suicide jumping over the Bay Bridge after purposely causing a a multi vehicle accident.

The California Highway Patrol who responded to the scene released the following statement:

“Your CHP San Francisco Area office responded to a call of a multi-vehicle traffic collision last night, at approximately 6:56 pm, on the San Francisco/Oakland Bay Bridge. The male driver of a black-colored Scion sedan was driving in the w/b lanes, west of Treasure Island, with the flow of traffic, when he abruptly steered the Scion to the left, from one of the middle lanes, towards the south side of the bridge. The left side of the Scion impacted the bridge railing and cables, then traveled back across the w/b lanes, where it collided with four other w/b vehicles, before coming to a stop in the middle of the bridge. Fortunately, the occupants of the other involved vehicles in this traffic collision did not sustain any significant injuries.

According to witness reports, an approximate mid-20’s male emerged from the Scion, shortly after the collision, and walked over to the south side catwalk, where he then jumped over the side of the bridge, into the SF Bay.

Personnel from the US Coast Guard were contacted by CHP dispatch and immediately responded to the area. A Coast Guard helicopter and rescue boats were utilized in an attempt to locate the male subject unsuccessfully. No other information of the Scion driver is known, or will be released, as the body has not yet been recovered at this time.

Four of the five w/b traffic lanes were closed for a majority of the incident and all lanes were reopened at 7:56 pm.

**A previous witness report of the Scion traveling at high speeds across the bridge, prior to the collision was later determined to be inconsistent with the actual events that occurred during this incident”.