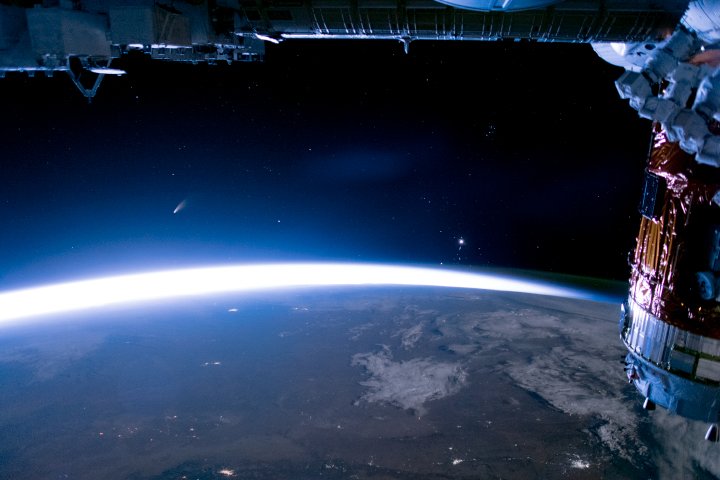 The Neowise Comet was recently discovered just months ago in March of this year. It can be seen for a few more days in the north western sky near the Big Dipper constellation after sunset. This photo was taken from nearby Moklemune Hill.

The next time to catch it won’t be for another 7,000 years so take advantage of it. This image was captured by Instagram photographer Neohumanity from the Alabama Hills East of Visalia.

And this is what it looks like from the space station in orbit around Earth as taken by NASA.

To catch it these are the remaining dates and trajectory.