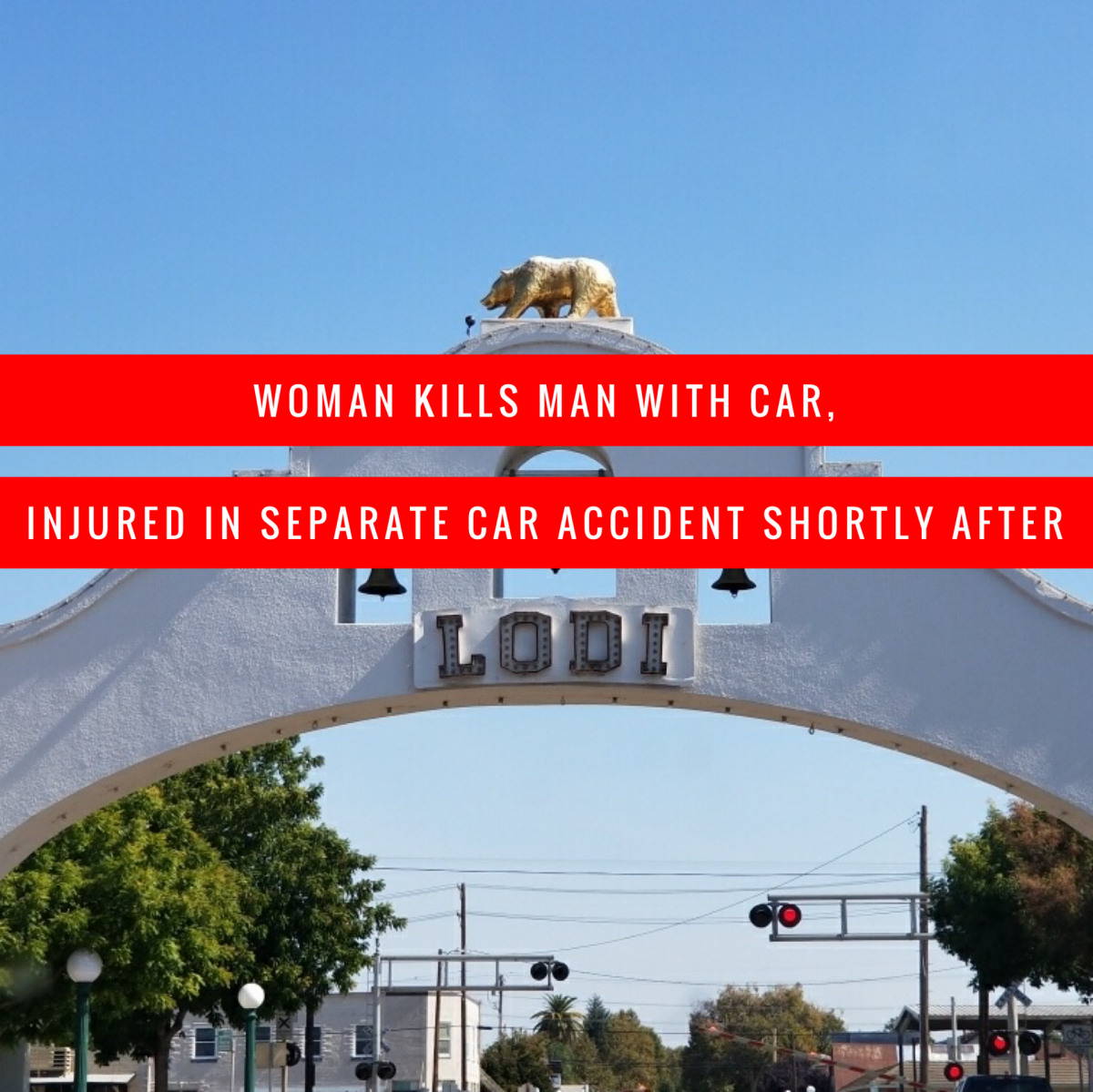 LODI- A woman who has not yet been named is expected to be arrested for the vehicular homicide of her partner who had a restraining order against her. She was injured in a separate accident shortly after In is currently in the hospital. The following is the press release put out by Lodi PD:

“On October 30th at around 3:28 PM Lodi PD officers were dispatched to the area of Pine Street and Kelly Street on a report of an altercation between a male and female. Witnesses reported seeing the female run the male over with her vehicle and then flee the scene. Officers arrived and found a 59 year old male victim with severe injuries and he was ultimately pronounced dead at the scene. At around 4 PM during the initial investigation, information was received that the suspect vehicle had been involved in a separate collision in the area of Bruella Road and Acampo Road.

The suspect, a 40 year old female of Lodi, was injured in the collision and transported to a local hospital where she is currently in serious but stable condition. At this time the victim and suspect are believed to have been in a domestic relationship, and there is currently a domestic violence restraining order in which the suspect is the restrained party and the victim is the protected party. This investigation is on-going, and it is anticipated that the suspect will be taken into custody for homicide, assault with a deadly weapon and other violations as soon as she is medically cleared for custody. Due to the on-going investigation and the fact that she has not yet been taken into custody, the suspect’s name is being withheld. The victim’s name is being withheld pending next of kin notification.