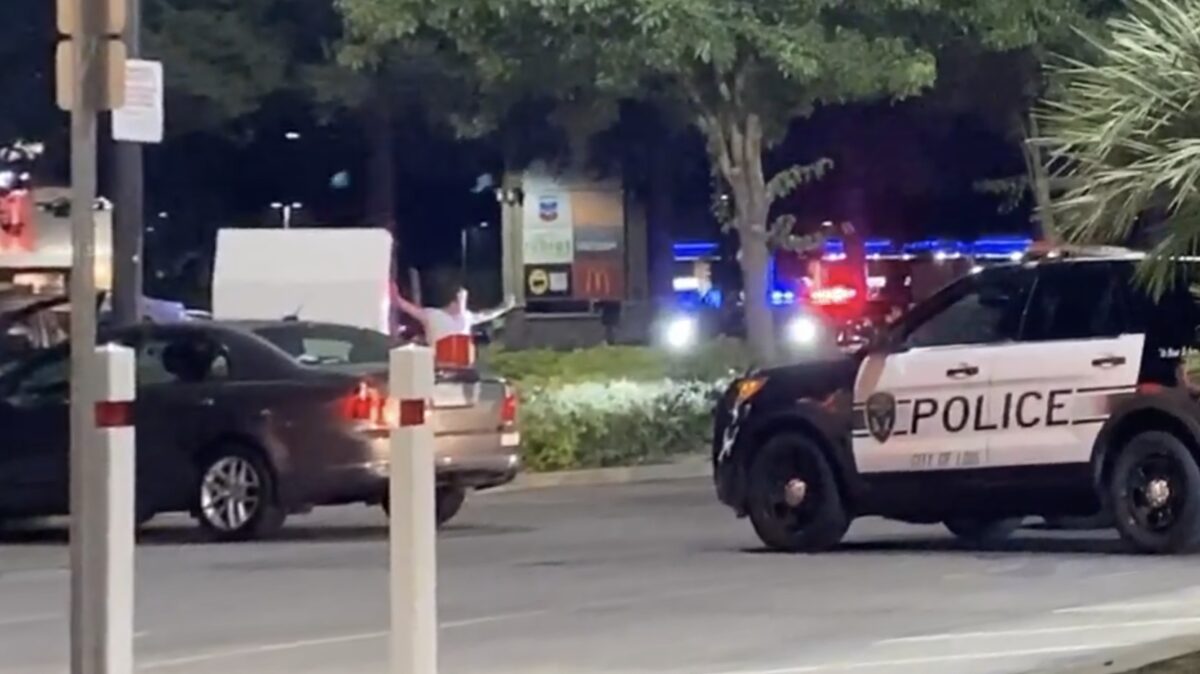 LODI- Last night at approximately 8:30pm several police officers rushed the parking lot of In n Out on Kettleman Lane with guns drawn. According to eyewitnesses the cause for the concern resulted from the driver of a vehicle in the drive through. They recount that the driver, whose identity has not been released, was yelling at the worker taking his order to remove their COVID-19 mask.

“The guy in the drive through told the employee ‘I don’t want you helping me unless you remove your mask’, the employee said she wasn’t going to remove it ‘cause they have to have it on for work, and I guess he started getting frustrated and kept going into his glove box in a threatening manner, and that’s when the cops were called”.

And boy did the cops arrive.

Several attempts to get information from Lodi PD have gone unanswered. As of this post there has been no information given on whether or not the man was arrested and for what charges.