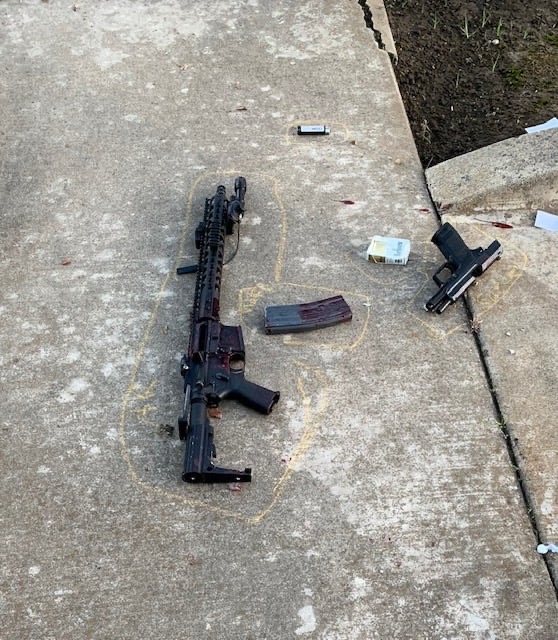 LODI- A man is in the hospital in stable condition after a shootout with Lodi Police this morning. No officers were injured. Lodi PD has released the following statement:

“This morning at approximately 5:10am Lodi Police Officers responded to a report of shots fired in the 900 block of Industrial Way. The first officer to arrive on the scene encountered the suspect armed with a semi-automatic rifle and a semi-automatic handgun. Gunfire was exchanged between the suspect and the officer. The 37-year-old male suspect was shot multiple times. Officers were able to take the suspect into custody and American Medical Response arrived to render medical aid. The suspect was transported to an area hospital where he is currently in stable condition and expected to survive. The officer was uninjured.

The identity of the suspect and officer have not been released yet.