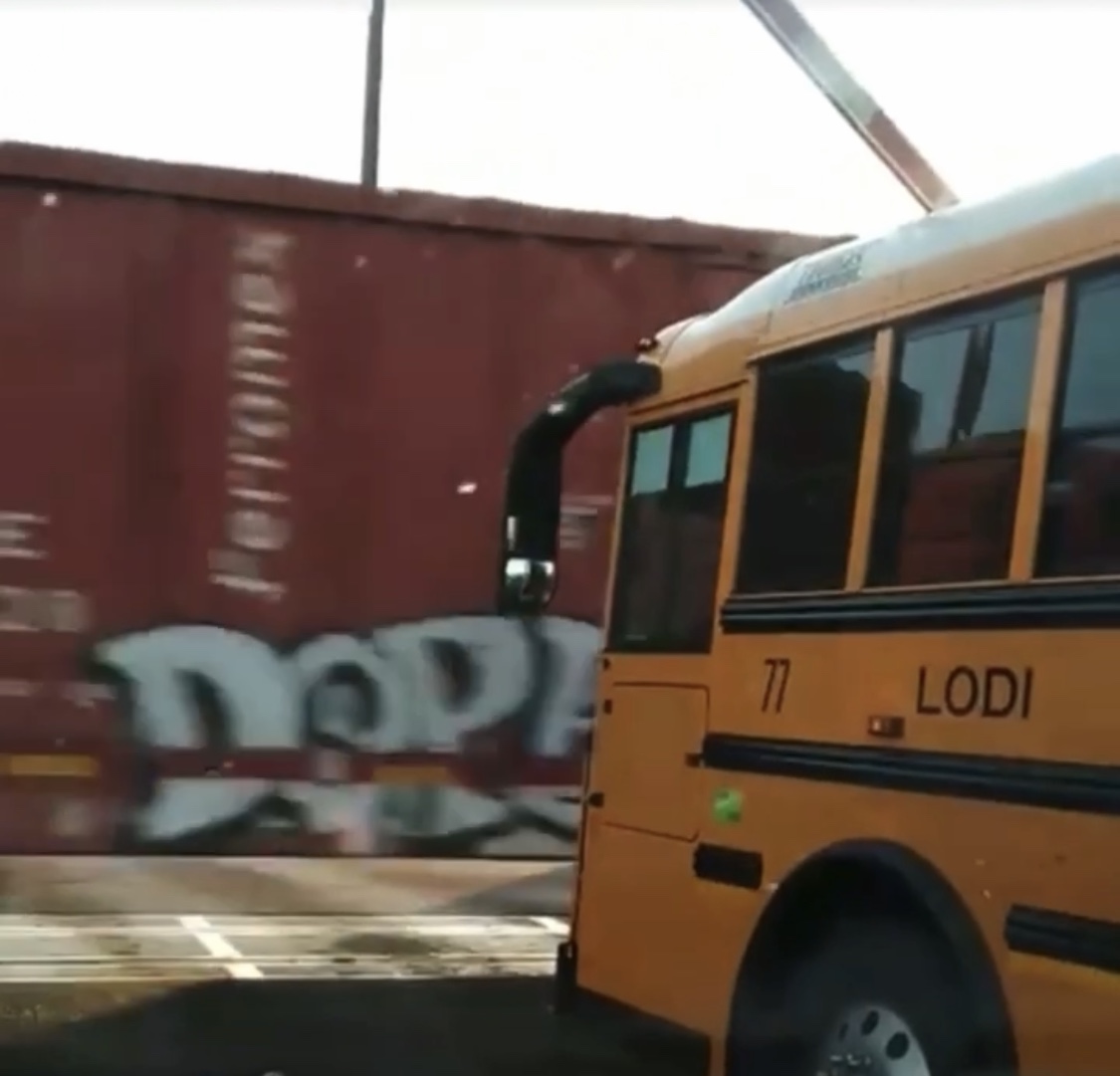 LODI- District officials have confirmed that they’re investigating what occurred in a video we posted on social media showing a school bus so close to train tracks while a train was crossing that the crossing arm was on top of the bus. The incident happened this morning at 8am on Lodi Avenue. The district released the following statement:

“We are aware of a video circulating on social media that shows a Lodi USD bus stopped at a railroad crossing.

We understand and appreciate the concerns that have been voiced regarding this video. Safety remains our foremost priority in the District. We take all safety matters seriously and we want to assure you that this incident is being fully investigated by the District. We can confirm that one student was on the bus during the recording of the video and the student is unharmed.” – Chelsea Vongehr, Public Information Officer

Below is the video taken by Justin Clubb: