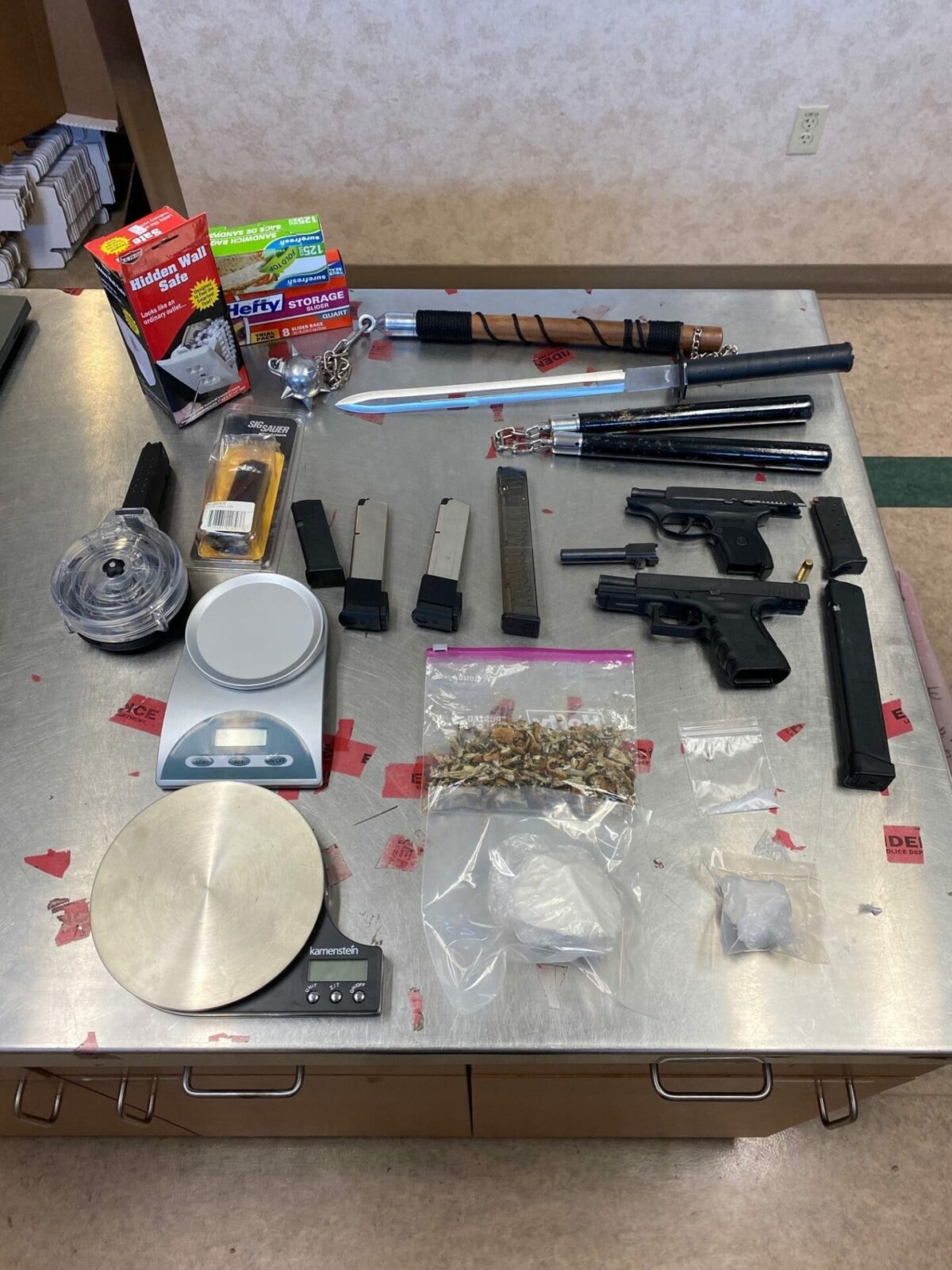 LODI- A Stockton man was arrested again on New Year’s Eve after being released for an arrest on December 20th when trying to evade a DUI checkpoint. According to a statement from Lodi Police:

“On 12/20/19 During a DUI Checkpoint, Charles Benavides (37 years old from Stockton) made an illegal u-turn in an attempt to avoid the checkpoint. His vehicle was stopped and he was found to be driving under the influence of drugs. During a search of the vehicle, approximately 2 ounces of methamphetamine was located along with a small digital scale. Benavides was arrested and charged with DUI and drug sales.

After being released from San Joaquin County Jail on those charges Benavides was subject to search until his case was adjudicated. Today Lodi Police Detectives and members of the AB 109 Taskforce conducted a search of Benavides’ residence in the 5100 block of N. Hwy 99 in Stockton. Detectives located two handguns (one of which was reported stolen) over 5 ounces of crack cocaine, 1 ounce of psychedelic mushrooms and 2 more grams of methamphetamine along with a few of the other pictured weapons and packaging materials. Benavides was arrested again and charged with multiple drug sales and weapons offenses.”