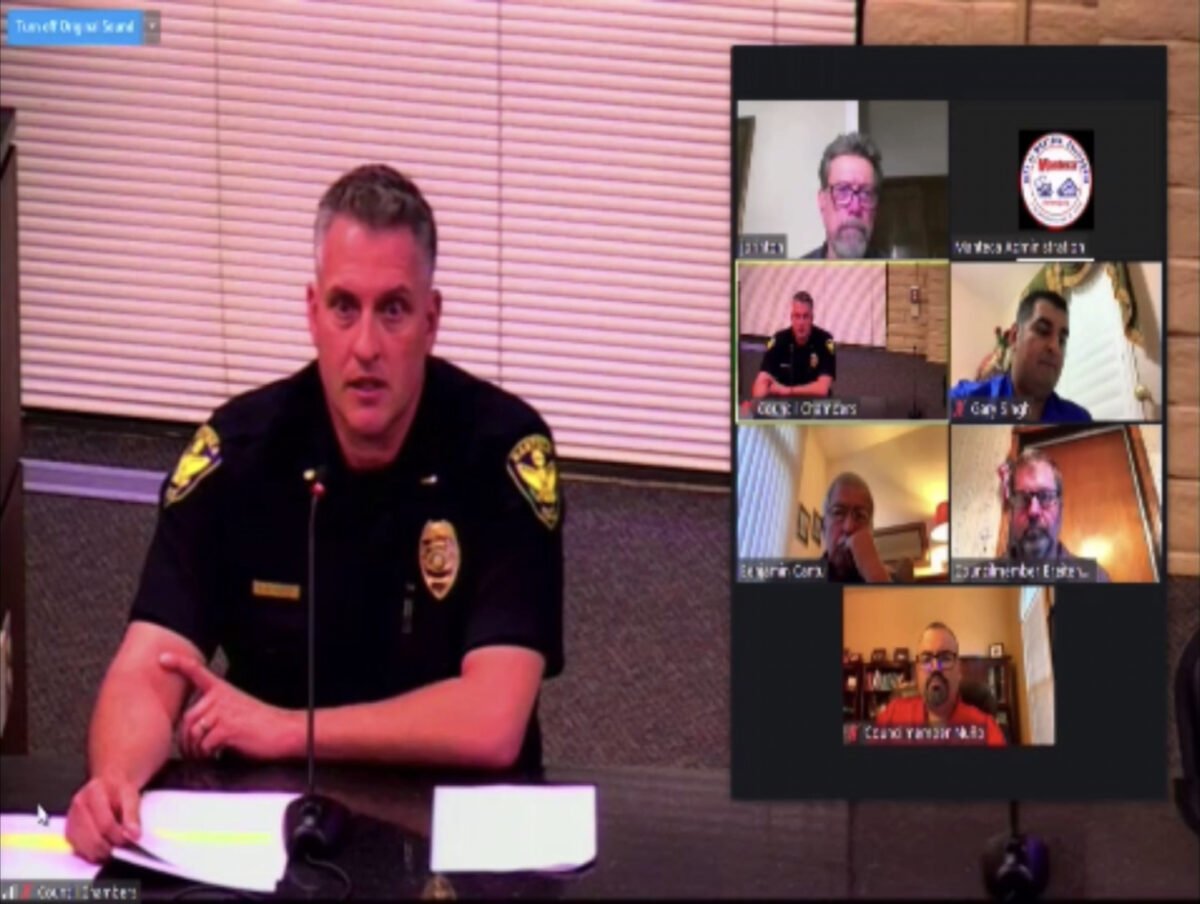 MANTECA- the mayor and city council voted to adopt and new ordinance during last night’s council meeting that gives police the authority to issue citations in the amount of $1,000 to people they feel are not properly practicing “social distancing” and other rules issued as part of the county and statewide orders meant to stem the spread of the COVID-19 coronavirus.

Police Lieutenant Schluer made the request and presented the agenda item stating it would be another “tool” the department could use, but would not necessarily be automatic. The current practice is “public education” he stated. Yet, the ordinance was presented as an “urgency” and would give individual officers full discretion as to whom should be issued the citations and when. What remains unclear are the circumstances contributing to those officers’ discretion. For instance during the question by the council to Schluer prior to the vote an example was used involving the scenario of 5 people drinking in a garage. Would all five people be issued the citation or just the home owner? Would it matter if all five people lived in the home or were just visiting? Schluer was also asked if it would be used to crackdown on gatherings held during the upcoming Mother’s Day holiday. Schluer responded that the department would not be seeking out such gatherings, but would only respond to issues reported.