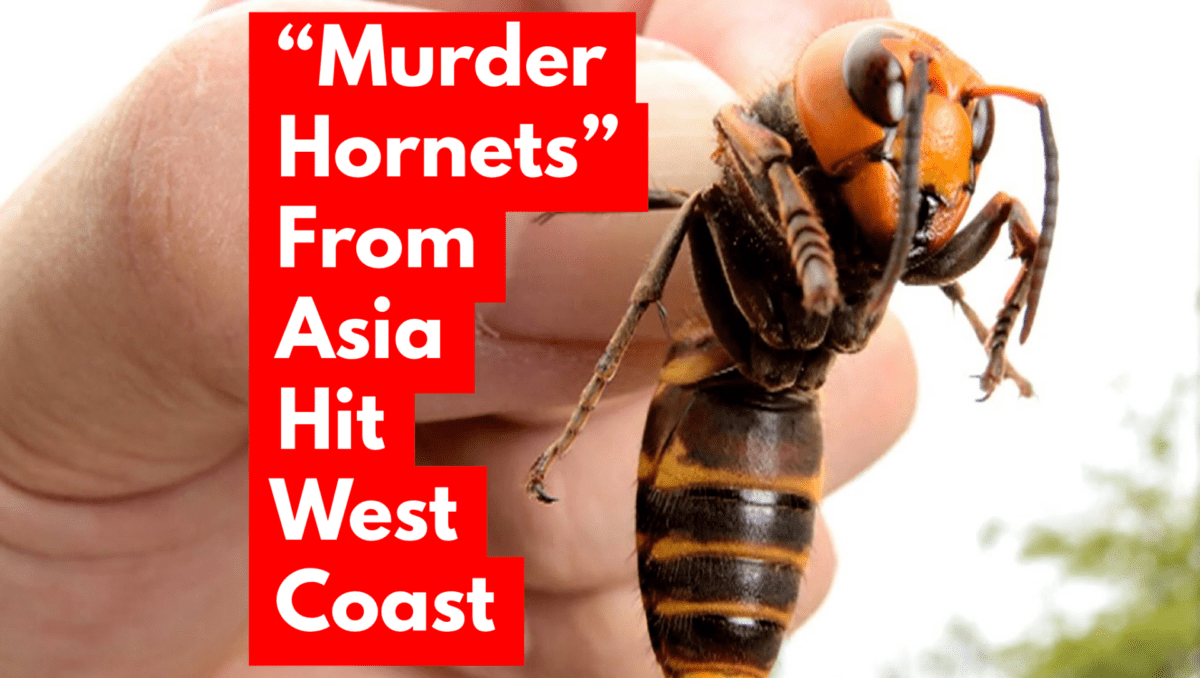 As if 2020 didn’t already bring enough unusual circumstances, a giant hornet known as the “murder hornet” from Asia has arrived in the United States for the first time ever according to the New York Times. While the report is from today, actually back in December of 2019, the department of agriculture in Washington State where the hornets have been spotted issued a public warning:

“Asian giant hornet (Vespa mandarinia) is the world’s largest species of hornet. In December 2019, WSDA received and verified four reports of Asian giant hornet near Blaine and Bellingham. These are the first-ever sighting in the United States. Canada had also discovered Asian giant hornet in two locations in British Columbia in the fall of 2019.

Asian giant hornet attacks and destroys honeybee hives. A few hornets can destroy a hive in a matter of hours. The hornets enter a “slaughter phase” where they kill bees by decapitating them. They then defend the hive as their own, taking the brood to feed their own young. They also attack other insects but are not known to destroy entire populations of those insects.

While they do not generally attack people or pets, they can attack when threatened. Their stinger is longer than that of a honeybee and their venom is more toxic. They can also sting repeatedly.

If it becomes established, this hornet will have negative impacts on the environment, economy, and public health of Washington State”.

They can grow up to 4 inches, have orange and black stripes like a tiger, and are known to remove the heads from the bees they kill as pictures below.

The following pictures were posted along with the public alert.

Bees set a trap and get revenge against a Murder Hornet in this video.