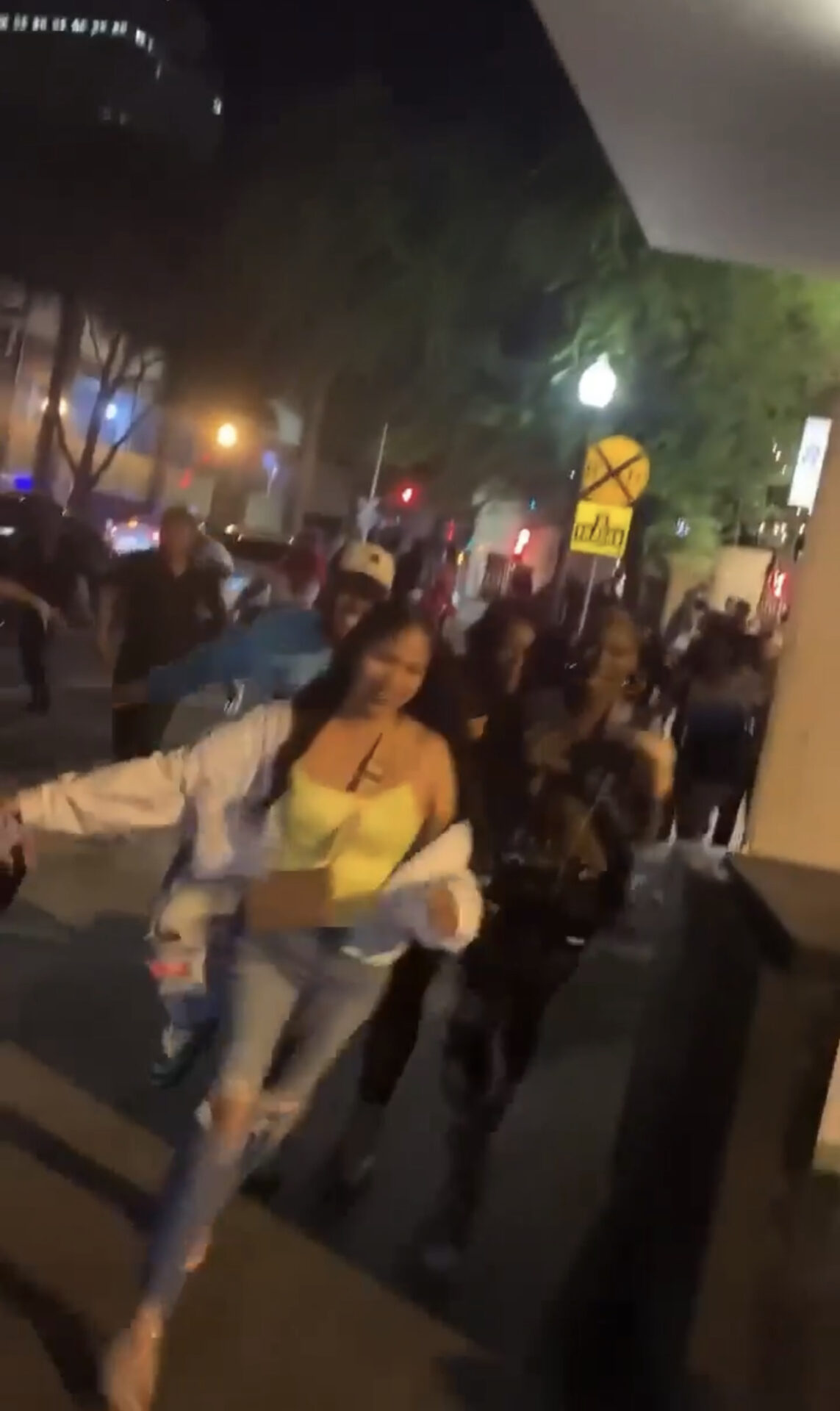 Video has emerged of the moment gunfire erupted on 10th and K St in midtown.

The video shows a different angle of the fight shown in a previous video that appears to be unrelated and happening simultaneously down the street from where the victims were found, but continues to run for the duration of the shootings. Gun fire can be heard continuously for 45 seconds.

As the crowds begin running for cover into the alley on K St, there appears to be a possible 3rd shooter as gunfire can be heard close to the camera followed by the initial gunfire heard in the distance in what may have been a shootout between two parties.

Police have confirmed that 6 people were killed in an overnight shooting that injured an additional 10 people.

The shooting appears to have occurred outside of London nightclub at 1009 10th St, just a block away from the State Capitol and a couple blocks down the street from Golden One Center where the Sacramento Kings play as people were leaving London.

Video has emerged of a fight breaking out between at least two men in groups before multiple shots ring out following what sounds like automatic gunfire as people start to flee. Security dressed in all black can be seen breaking up the fight, while a woman can be seen holding another man back in the middle of the street in what may be a related or separate incident. As soon as a man who appears to be security falls backward onto the group with one of the aggressors in the fight, shots begin ringing out. It is unclear if the fight was related to the mass shooting or happening simultaneously as the shooting began down the street at London. Multiple victims were found on the sidewalk in front of Shariff’s Jewelers on 10th St.

Police have the area blocked off, but have not announced any motive or suspect description. They are asking for the public’s help with information including any videos or pictures that may have been captured. This is a developing story.