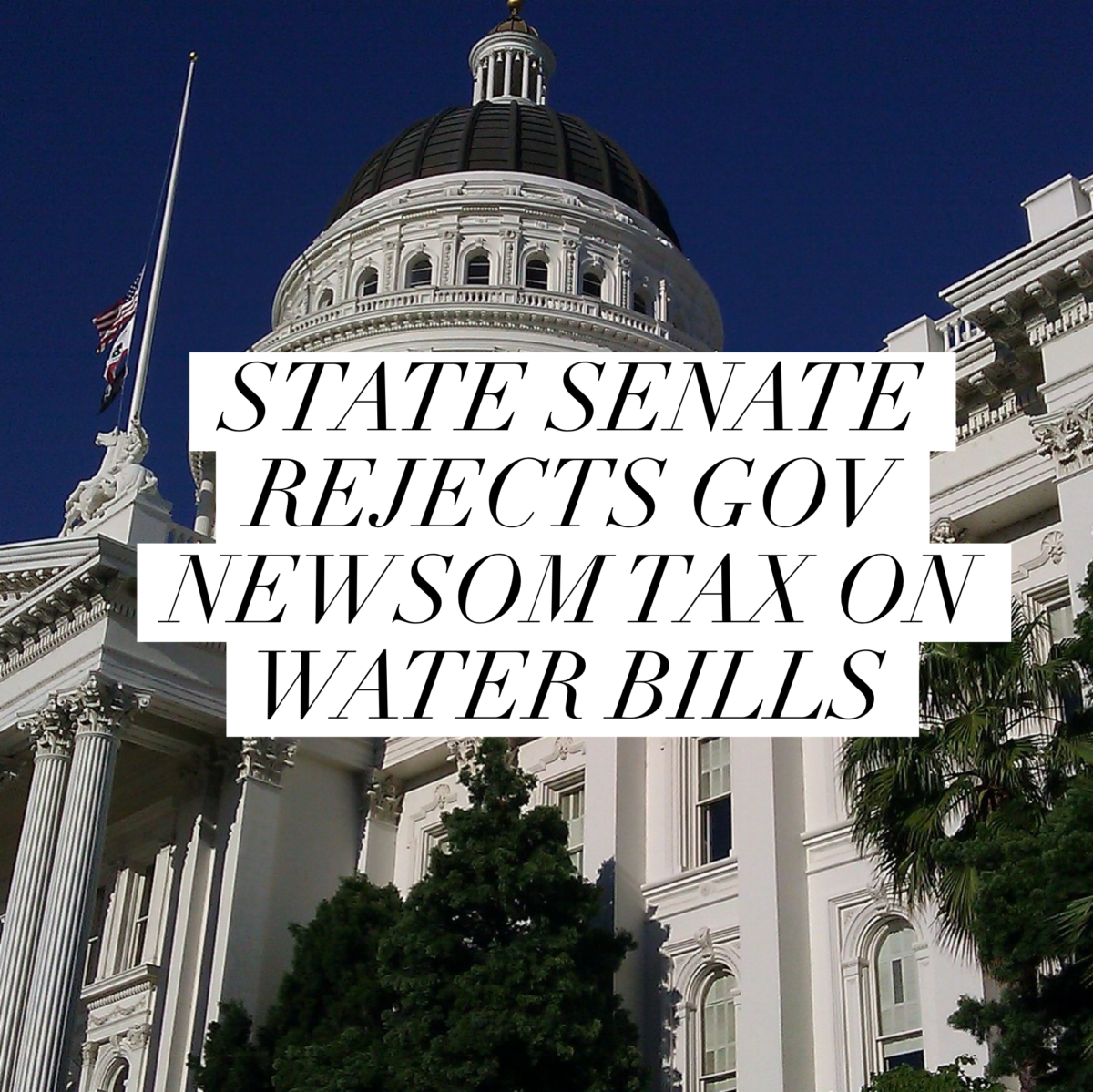 SACRAMENTO- Yesterday the state Senate rejected a proposed new tax on most residential water bills. Governor Newsom wanted the tax to raise $150 million to upgrade 450 water systems throughout California, but mostly in the state’s poorest areas that aren’t up to standard. Those water systems serve about 500,000 people. The tax would have been $0.95 On residential water bills.

The Senate decided to instead use existing money in the state’s budget, which has a $30 billion surplus. The tax proposal still remains active in the state Assembly.