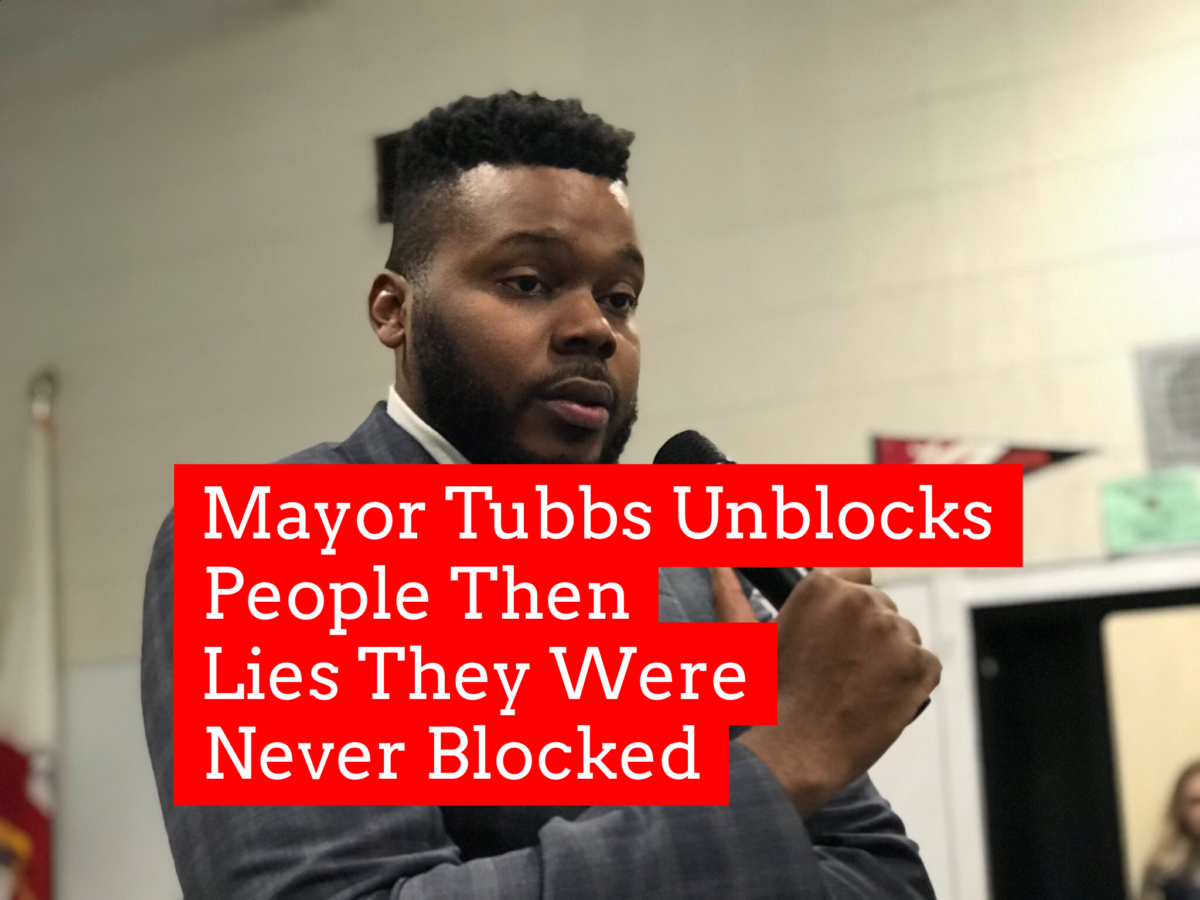 STOCKTON- Within hours of community advocate Motecuzoma Sanchez announcing his lawsuit in federal court against Mayor Michael Tubbs for violation of his First Amendment rights, Tubbs unblocked Sanchez, 209 Times, and several others from Twitter.

Multiple people reached out to us exclaiming that they had been blocked by Tubbs for the last six years after questioning one of his votes on the city council.

Tubbs did not communicate directly to Sanchez, but issued a bizarre statement via his public information officer Daniel Lopez who stated to the Record, “…we encourage a healthy dialogue online and keep our social media tools open for the public. If anyone is having trouble viewing our social media pages, please try updating your app or feel free to contact our office” (Bowers, The Record, Feb 25, 2019).

However, the evidence of Sanchez and others being blocked has been well documented:

Despite the encouraging statement to contact the mayor’s office, any attempt to do so is met with an automatic reply redirecting you to Michael Tubbs’ personal campaign website, which isn’t subject to the public records act.

Sanchez tweeted a response this morning to Tubbs notifying him that he is only half compliant and still needs to fix his settings on Facebook in which he has several people ,including himself, blocked from being able to comment.

Such censorship has already been ruled against in federal court making Sanchez’s lawsuit still very much justified.

The full judgement of the decision against Trump can be found here. https://sc.cnbcfm.com/applications/cnbc.com/resources/editorialfiles/2018/05/23/Microsoft%20Word%20-%202018.05.pdf