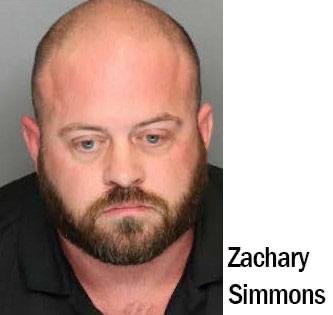 A jury has found San Joaquin County Correctional Officer, Zachary Simmons, guilty of multiple felony counts of “sexual penetration with force or fear and sexual activity with a confined adult in a detention center, as well as a misdemeanor charge of communicating with a prisoner without consent”.