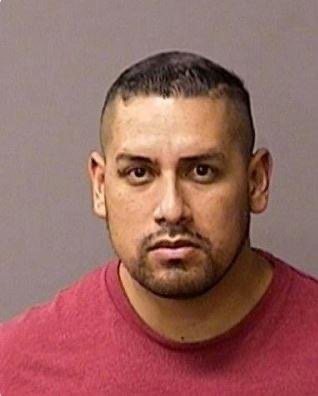 “On June 15, 2021, a homeless female adult reported to the Turlock Police Department that the previous evening she was picked up on Geer Road by a Hispanic male adult she described as 6 feet tall and about 250 pounds. He was driving a dark SUV. The suspect offered her a ride and told her he would “help her out.” After initially declining, the victim consented to the ride as the suspect was persistent. Instead of taking her to where she was going, he drove behind a closed business and raped her by force. The victim cooperated with the investigation and consented to a medical sexual assault investigation, where biological evidence was located.

On Monday, August 30, 2021, Turlock Police Detectives received notification of a DNA match from the June 14, 2021, rape. The DNA was matched to Joseph Frank Pineda Pimentel, 37 years old, from Denair. They were also notified the DNA matched two other unsolved sexual assaults in two other counties. The circumstances in all three were very similar. Detectives also learned Pineda’s DNA record was from the military in 2009, where he had been arrested and charged with rape. That case was ultimately dismissed.

Detectives, Special Investigations Unit, and the Community and Crime Information Analyst steadily worked the next days on the investigation ultimately leading to an arrest warrant for Pineda Pimentel. On Thursday, September 2, 2021, Investigators were able to identify Pineda Pimentel’s general location in south Modesto. Detectives converged on the area and located Pineda Pimentel. He was arrested without incident. At the time of the stop, he had just picked up a homeless female adult whom he had offered a ride and something to eat. The female stated she had met him the day before, but did not know him beyond his first name. Pineda Pimentel was booked into Stanislaus County Jail on the charge of Rape by Force or Fear. He is presumed innocent until proven guilty in a court of law.

Detectives believe there may be additional victims in the Central Valley and Foothills areas. Detectives urge them to come forward. They ask homeless resource groups to encourage those they assist in the homeless population to report any crime that occurs to them. Those crimes should be reported to the law enforcement agency where the crimes occurred.

The Turlock Police Department is an active participant in the Crime Stoppers Program. Callers can leave an anonymous tip by calling Crime Stoppers at (209) 521-4636 and may be eligible for a cash reward”.