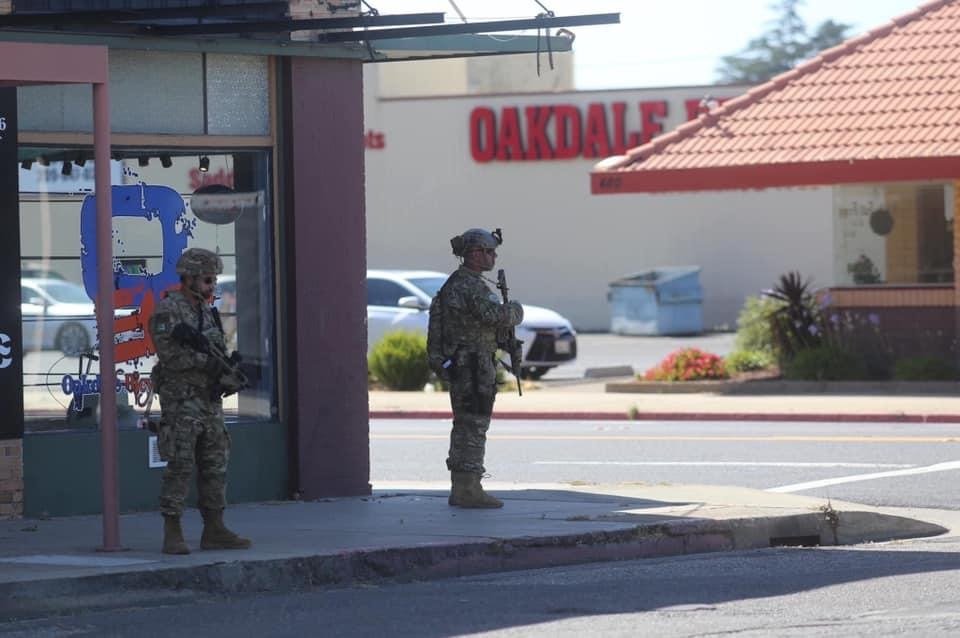 STANISLAUS COUNTY- Sheriff Dirkse has issued the following statement concerning the invasion of Oakdale by a gang of armed men intent on intimidating anti-racism protest under the guise of “providing security” for local businesses:

“I want to dispel rumors that are running rampant on social media with facts.

Yesterday, in Oakdale, there was a “militia” armed with various weapons. They were allegedly there to protect a business during a possible protest. This group was not invited in by any law enforcement agency in Stanislaus County. This entire incident was handled by Oakdale Police Department. The Sheriff’s Office did provide several deputies to assist in keeping the peace in Oakdale, as did several other agencies. They were all under the control of Oakdale Police Department.

This “militia” has no official standing, no authority and their presence was counterproductive to keeping the peace in the City of Oakdale. Their activities were a drain on law enforcement resources and did nothing to protect the city. Neither I nor any member of my staff interacted with this group. I have never met or corresponded with their leadership.

All of the law enforcement agencies in Stanislaus County work very well together and this week has been a prime example of the effectiveness of our local mutual aid. We have had more than enough vetted, trained and professional police forces across the county to prevent any large scale disturbance, riot, violence or other criminal activity. The vast majority of the people who have protested the tragic and disturbing events across our country were peaceful, polite and exercising their first amendment right. Groups like this militia, regardless of their intentions, are inflammatory and counterproductive in this environment.

It is also inflammatory and counter productive for groups to contribute to the fear by spreading false reports concerning these events.

Oakdale Police, as law enforcement does hundreds of times every day, professionally de-escalated this situation.

If anyone has questions regarding this situation specifically I’d encourage you to speak with OPD. If you have broader questions please feel free to contact me directly.

Most importantly, Please corroborate posts that make direct statements about individual or agency actions. My office will answer your questions directly and as soon as possible . No one benefits by the dissemination of inflammatory misinformation and such actions can do incalculable harm.