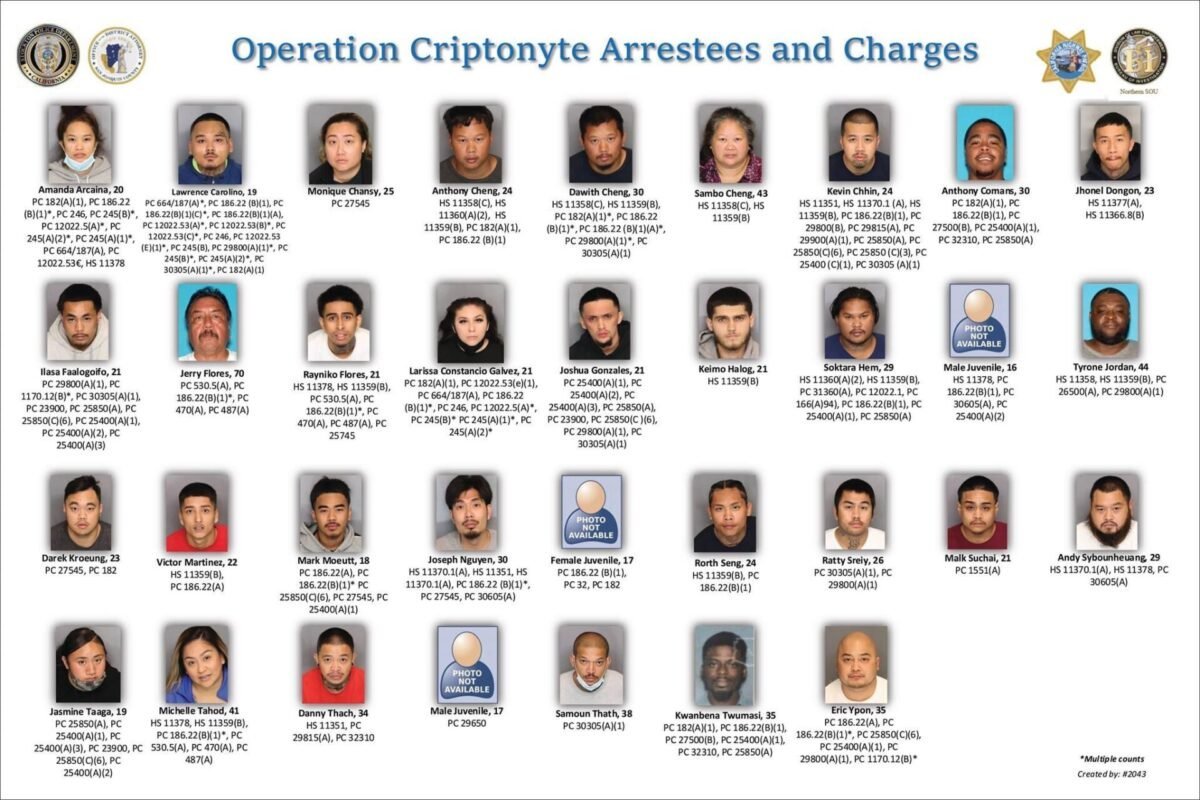 STOCKTON- Dozens of suspected gang members have been arrested with 38 guns confiscated as part of “Operation Criptonyte”. The Stockton Police Department has released the following statement:

Operation Criptonyte came about because of an increase in violent crime involving documented members of these allied groups in the City of Stockton between 2018-2020. These groups were working together to benefit their gangs / subsets and the Crips criminal street gang. During the investigation, investigators learned that some alliances have ended, and other gang rivalries started. Stockton Police Chief Eric Jones said, “This investigation was part of the Stockton Police Department’s on-going group gun violence intervention strategy. The collaborative effort with our law enforcement partners was based on focused enforcement for those groups that continued violence in our community.”

“Families in Stockton can breathe a little easier tonight,” said California Attorney General Xavier Becerra. “This investigation and resulting arrests and seizures are an example of what happens when California law enforcement agencies work together to combat violent crime in our communities. At the Department of Justice, we are proud to use the latest technology and advanced investigative techniques to assist with the investigation.””

It is unknown if any of those arrested are part of Mayor Tubbs’ failed Cash for Criminals program, he calls Advance Peace, that pays suspected shooters in violent crimes a monthly stipend to attend “meetings” as “fellows”. Homicides have increased 40% this year in Stockton compared to last. The mayor could not be reached for comment.