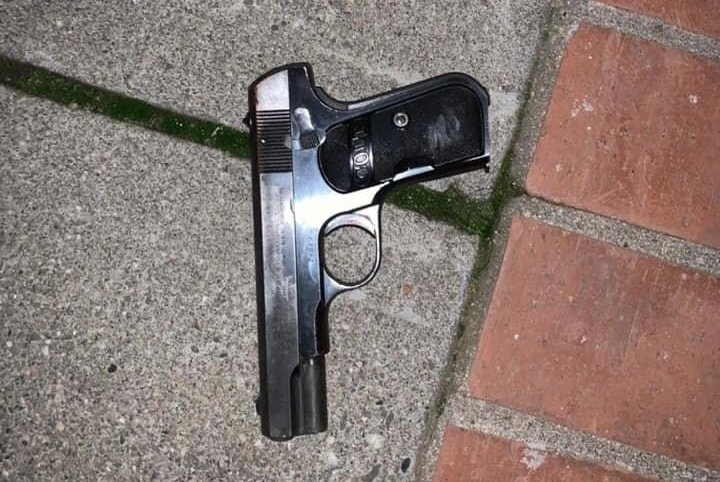 The block is still closed to traffic this morning as agencies investigate the deadly shooting that occurred last night at the police station on Market St in downtown Stockton.

SPD has released the following statement:

“On December 8, 2021, at 8:33 p.m., the Stockton Police Communications Center received a call of a suspect in the front parking lot at the Police Department’s Operations Building, 22 E. Market Street, firing a gun. He was described as a shirtless white male.  A second caller, who was inside a parked vehicle in the parking lot, also called the Communication Center stating there was a man in the front of the Police Department firing a gun.

Six Stockton Police Officers responded from inside the Operations Building and exited through the front lobby doors.  The suspect was located in the northwest parking lot and began walking east towards the police memorial when officers confronted him.  The suspect was screaming and armed with a firearm.  The officers told the suspect to get on the ground and drop the gun.  The suspect got on his stomach but refused to drop the gun.  The suspect continued to scream, stood back up with the gun pointing in the officers’ direction, and began to run towards the officers.   Five officers fired their service weapons, shooting the man.  Officers then approached the man, secured the firearm, and began life-saving measures until medics arrived.  The man was shortly later pronounced deceased at the scene.  No officers were injured during this incident.

Per standard procedure, all the officers were placed on three-day paid administrative leave.”