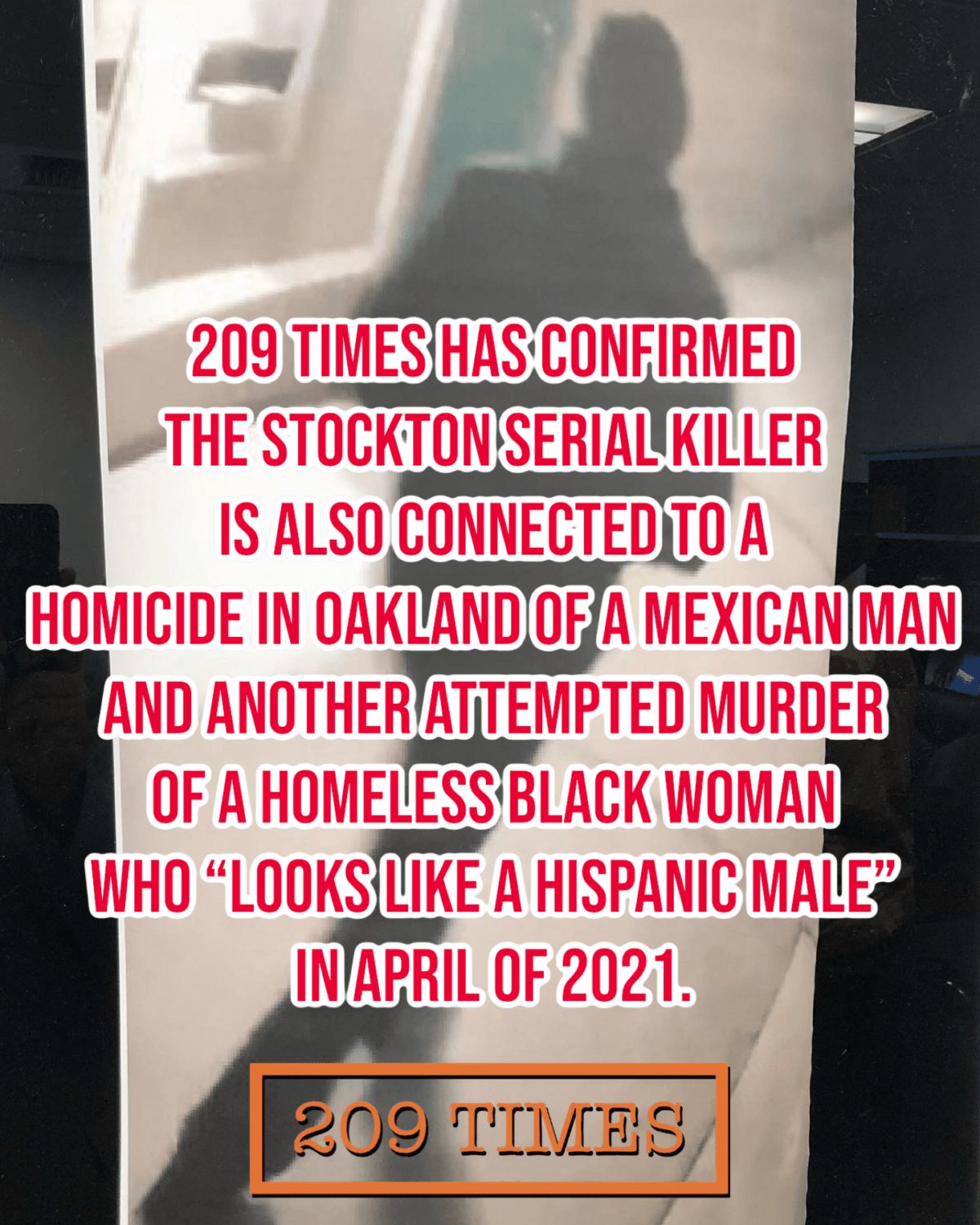 BREAKING: 209 Times has confirmed the Stockton Serial Killer is also connected to a homicide in Oakland of a Mexican man and another attempted murder of a Homeless black woman who “looks Like a Hispanic Male” in April of 2021.

She survived after being shot 9 times! We’ve reviewed her police report and she details that the shooting happened near train tracks on Union and Park St at 3:22AM. She tells us the shooting was unprovoked, the shooter was wearing a black hoodie with a “COVID mask”, dark pants, and she was shot without the serial killer saying a single word to her. She says she can be mistaken for a Hispanic male and was homeless at the time.

Both the Oakland homicide and attempted murder of the woman in Stockton occurred in April 2021. There appears to have been no activity for over a year until their killed the first victim in Stockton in July of 2022.