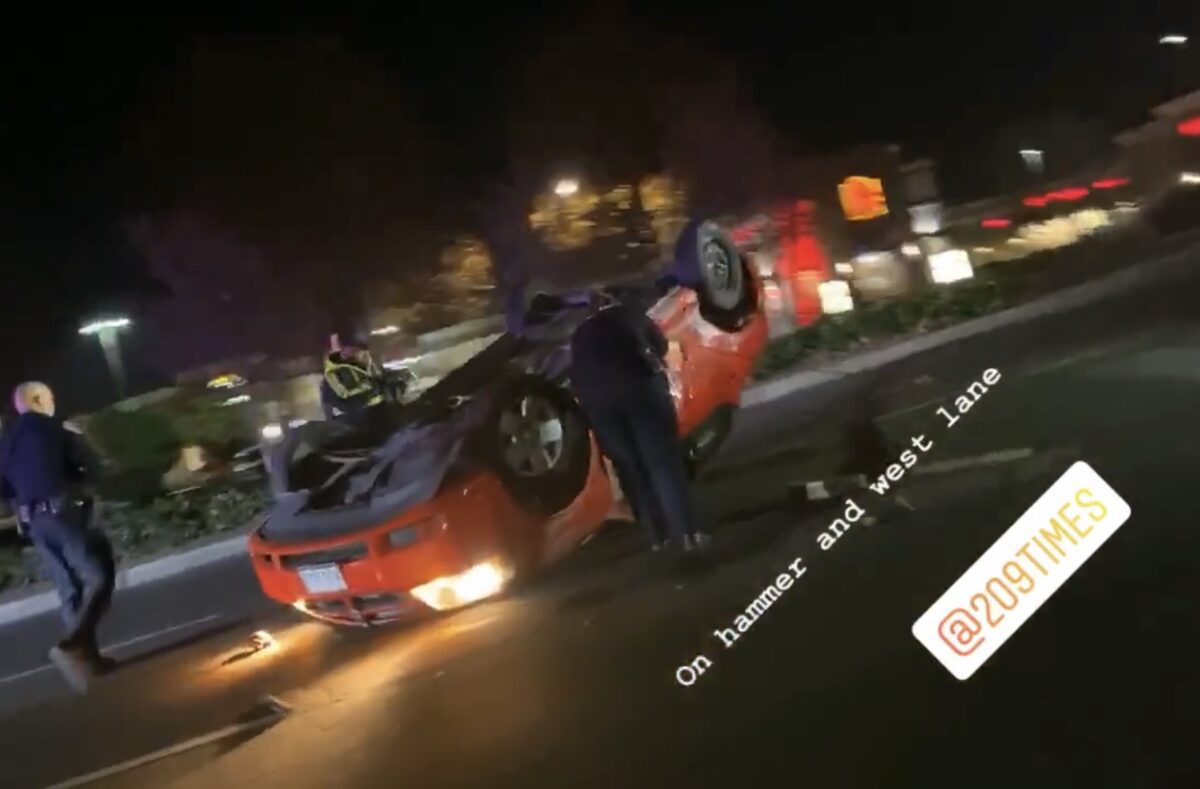 STOCKTON- Residents were witness to a wild show last night as a car flipped over on one of the city’s busiest streets. Turns out it was the result of a police pursuit and armed robbery that occurred just mintiera earlier. While Stockton PD’s daily report references both #2 and #3, what they don’t say is that they were connected or that one of the suspects mentioned in the robbery hit away after the crash as reported to us by eye witnesses. This is the report by SPD along with videos of one of the suspects running and being arrested: