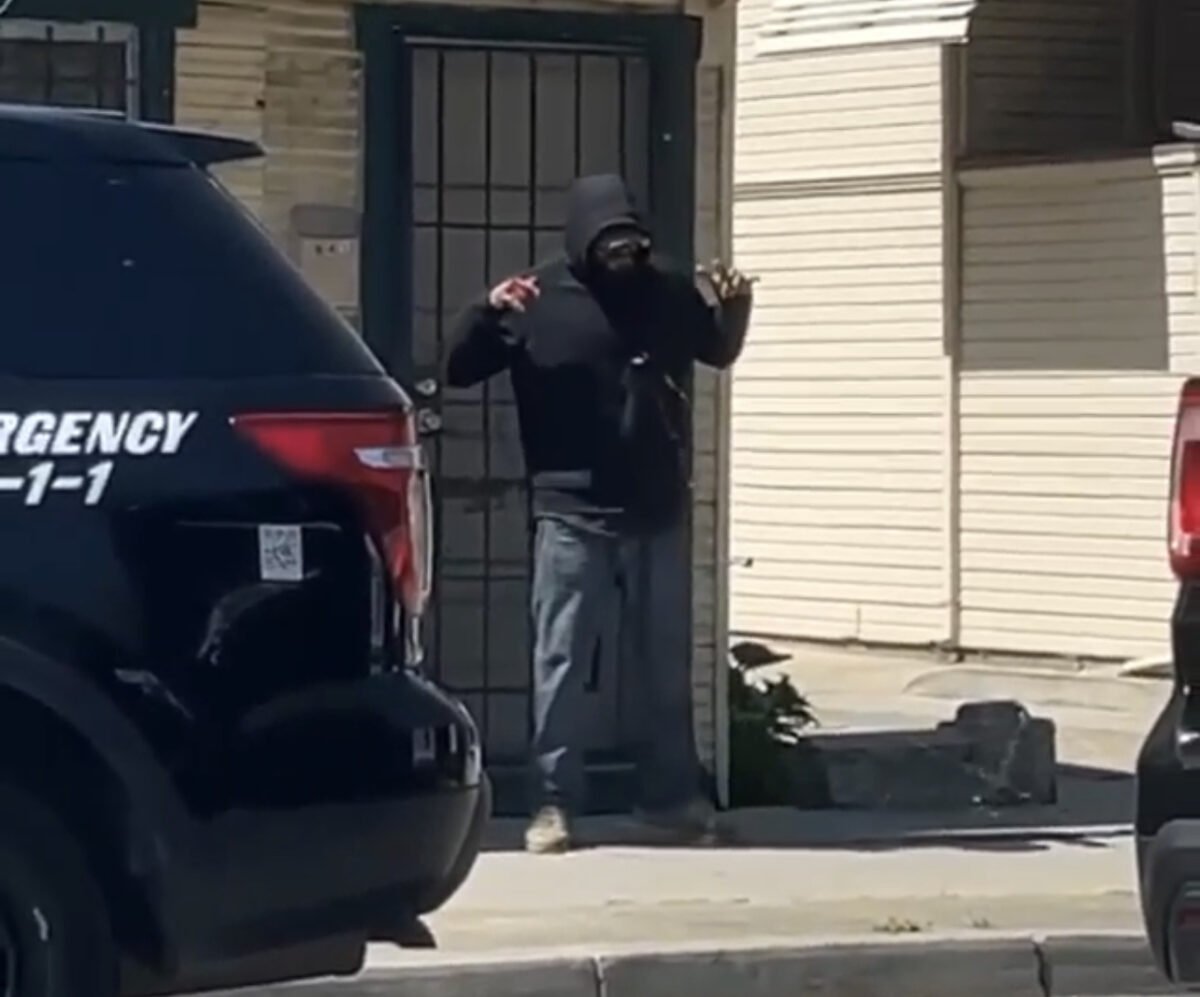 STOCKTON- Today a man was stabbed at a tire shop on Lindsey St by a man witnesses describe as a homeless male. Police contacted the suspect shortly after On San Joaquin St nearby and deployed a taser which had no effect. He was then rushed and taken into custody with force. He had a knife in his possession and blood can clearly be seen covering his right hand. The stabbing victim was transported to the hospital.

The male victim, 39, was in the listed area when the suspect approached him and started a disturbance. The suspect stabbed the victim with a knife and fled on foot. The victim was transported to an area hospital for non-life-threatening injuries. Responding officers located the suspect nearby, who was walking down the

street with a knife. Officers attempted to detain the suspect, but he refused commands and force was required to take him into custody. ARRESTED: Salvador Reyes-Herrera, 34, for attempted murder and resisting arrest.