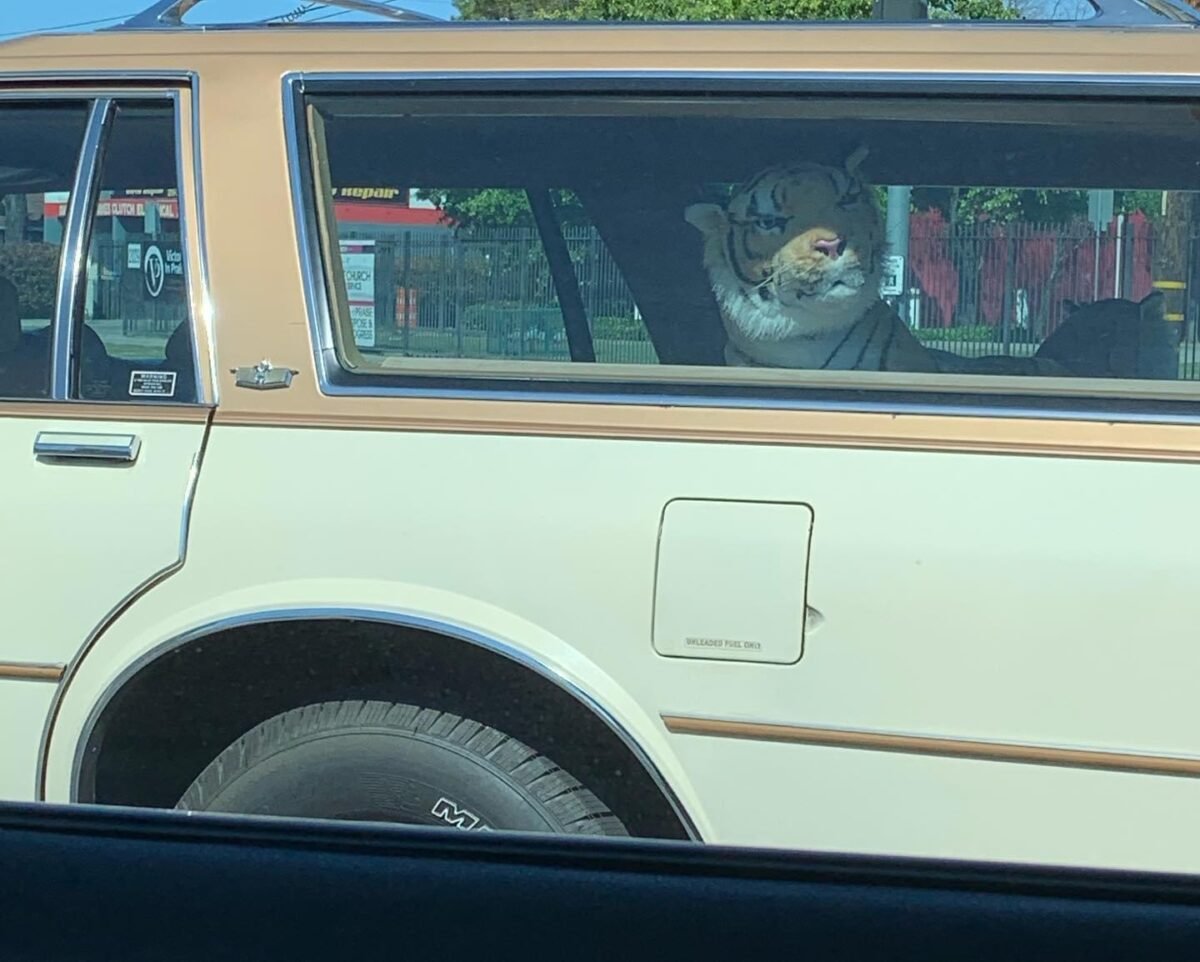 STOCKTON- Yesterday the California Highway Patrol posted an announcement of an interaction one of their officers had involving a station wagon and possible tiger? Thankfully it turned out to only be a stuffed animal. Below is the text of their post:

While at a red light, an officer from CHP-Stockton, looked to his right… then had to do a double take..?? He thought he saw the Tiger King live and in person right here in Stocktown! Wanting an autograph from Joe Exotic he pulled in behind the vehicle until it came to a stop. Wanting to investigate further, the officer slowly and carefully approached the vehicle. The investigation revealed that the officer had been duped. It was in fact a staged scene in the back of the station wagon…..
well played sir, well played…..”