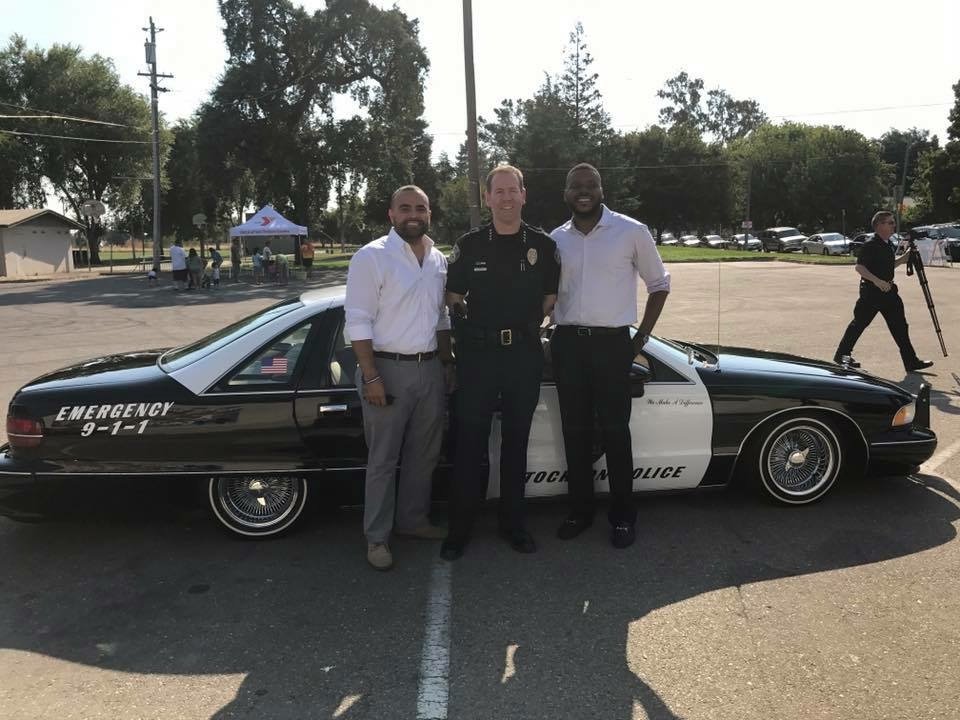 STOCKTON- Council member Jesus Andrade’s 2017 confession he falsified documents regarding his home address appears to be the tip of the iceberg of Andrade’s established pattern of fraudulent reporting practices.

A confidential source claims that the “false” North Stockton address Andrade supplied to the Delta Youth Football League used to register his son with the Chavez Junior Titans in north Stockton was actually true, and that opposite of what Mayor Tubbs and Andrade were claiming, it was the electorate and not the football league that he actually defrauded.  

Mayor Tubbs was quoted saying “I am mindful that this is 10-year-old Pop Warner football and not election nomination papers”.

According to our confidential source, both Tubbs and Andrade’s statements serve as blatant evidence of their consciousness of guilt and that this was “a strategic false fall on the sword to keep Andrade from putting Tori (District Attorney) in the awkward position of having to investigate him for electorate fraud.”

But, now community members, who have given Andrade the moniker of “Fraud Jesus”, are wondering if he did not in fact defraud the entire electorate and are calling on the DA to investigate whether or not he did use a false address at all. It was assumed he did because the address was in north Stockton outside of the district in South Stockton he swore an oath he lived in as a legal requirement to run and serve in district 6. An investigation has never determined what was true or not. It is utterly possible that in fact he was living outside of his district and when caught pled to the lesser offense. The alternative would have been a felony.

Our investigation reveals further evidence of Andrade filing “falsified documents” that go far beyond just him falsifying his address.

A review of council-member Jesus Andrade’s biography on the City of Stockton website reveal “Today, he (Andrade) has his own consultancy firm and focuses on growing educational opportunities and economic development in South Stockton.”

Yet no consulting business whatsoever, which may possibly go by the name “Andrade Strategies” is listed on his FPPC Form 700 Statement of Economic Interest. Failure to list economic interests is both a FPPC violation and a violation of the City Charter. Depending on whom Andrade’s clients were or are and how that may have impacted city business creates additional potential legal ramifications.

If Andrade is in violation of the Political Reform Act for failing to disclose all on his statement of economic interests, it will not be the first time. According to the FPPC, he failed to report the source of his income between 3/11/15 – 3/11/16.

According to FPPC spokesman Jay
Jay Wierenga “the FPPC Enforcement Division currently has two open cases involving Mayor Tubbs. One is regarding his Statement of Economic Interest, non-reporting… the other is regarding Behested Payment reporting.”

Some of Tubbs’ behested payments in question went to pay the Tides Center who was in turn paying Councilmember Andrade to
to work as a “Tides Program Project Manager”. According to Andrade’s Linked-In account, Andrade “worked with SUSD leadership in their recruitment efforts for a new superintendent and our organization trained and helped candidates get elected for school board elections” between Dec 2016 and June 2018. Andrade has been a Stockton city councilman since January 2017.

Of great concern is District Attorney Tori Verber Salazar’s “Prosecutor’s Alliance” is also utilizing Tides’ tax exempt status umbrella to help political donors from revealing their identities and influence over local government business. Is this why she has balked on investigating Tubbs, Andrade, and associates like Reinvent Stockton Foundation Director and SUSD Trustee Lange Luntao who is currently also under investigation by SUSD for conflict of interests.

Despite the inherent conflict of interest this creates in the DA handling this investigation, 209 Times has formally requested the San Joaquin Public Corruption Unit investigate the following:

Under California’s transparency laws, an elected official who fundraises or otherwise solicits payments from one individual or organization to be given to another individual or organization may be required to report the payment. Generally, a payment is considered “behested” and subject to reporting if:
• it is made at the request, suggestion, or solicitation of, or made in cooperation, consultation, coordination or concert with the public official;
• it is made for a legislative, governmental or charitable purpose; and
• it does not qualify as a gift (made for personal purposes), or a contribution (made for election-related activity) to the elected official.

While state law limits the amount of gifts and campaign contributions an official may receive, there are no limits on behested payments. However, state law requires the reporting of behested payments if they total $5,000 or more per calendar year from a single source.

Officials must report the behested payments within 30 days of the date on which the payment meets or exceeds $5,000. there are no reporting requirements for payments up to $4,999.99 from a single source.

Both Andrade and Tubbs have failed to do so. Again.

While all working together and coming into office at the same time in 2016, all will now be leaving office after losing their elections in 2020.