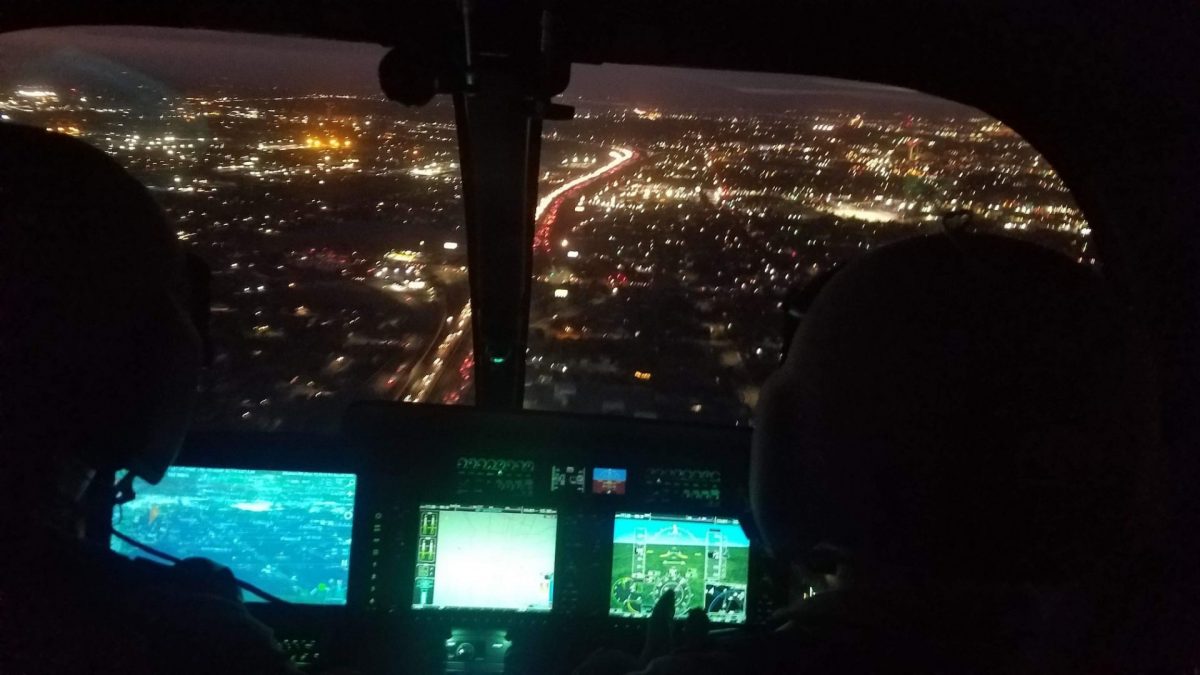 STOCKTON- Former Vice Mayor and current candidate for State Assembly, Councilmember Christina Fugazi recently went on a ride along aboard Stockton Police Department’s “Falcon One” helicopter. She shared the following experience and pictures with the public:

“ Deterring and fighting crime!
Last Friday night, I had the unique opportunity to do a “fly along” with the Stockton Police Department in Falcon One Zero, our air support unit. This is the latest, and most technically advanced air support currently available. It runs about $450 an hour compared to CHP at $850 an hour and Sac Co Sheriff at more than $1000 per hour. However that cost is going to go down dramatically once we get our own onsite 750 gallon fuel trailer due to a generous grant from Marathon Petroleum. This fuel trailer will allow us to get fuel from an independent provider that costs 1/2 what the airport charges and it will be on demand, so no waiting for the fuel truck to arrive.
But one of the neatest things about Falcon One Zero, outside of its Black Hawk pilot, is how it is able to almost instantly knock out 5 – 6 calls that ground units never have to get to saving valuable resources for other calls. The cameras on the Bell helicopter are able to zoom in on an address, a car, and even people as they are heat sensitive. Just look at the clarity of the pictures I took. You can literally see someone standing in front of their house near their porch and people walking on the street.
I was a fan before going up in Falcon One Zero, now I am head cheerleader for something that saves time, resources, and lives!
Thank you to the Stockton Police Foundation for not giving up on this idea. In its first 180 hours in the air, it has paid for itself for at least the first 6 months. Now we need a couple more trained pilots so we don’t burn out the amazing two that we have!!!
Lastly, Stockton is beautiful from the sky. I could easily identify many places and several landmarks including Lincoln Center, UOP, various high schools because of Friday Night Lights, and the downtown area with the Arena, City Hall, County Courthouse, Waterfront Hotel, etc. I am told it is just as beautiful during the day”.