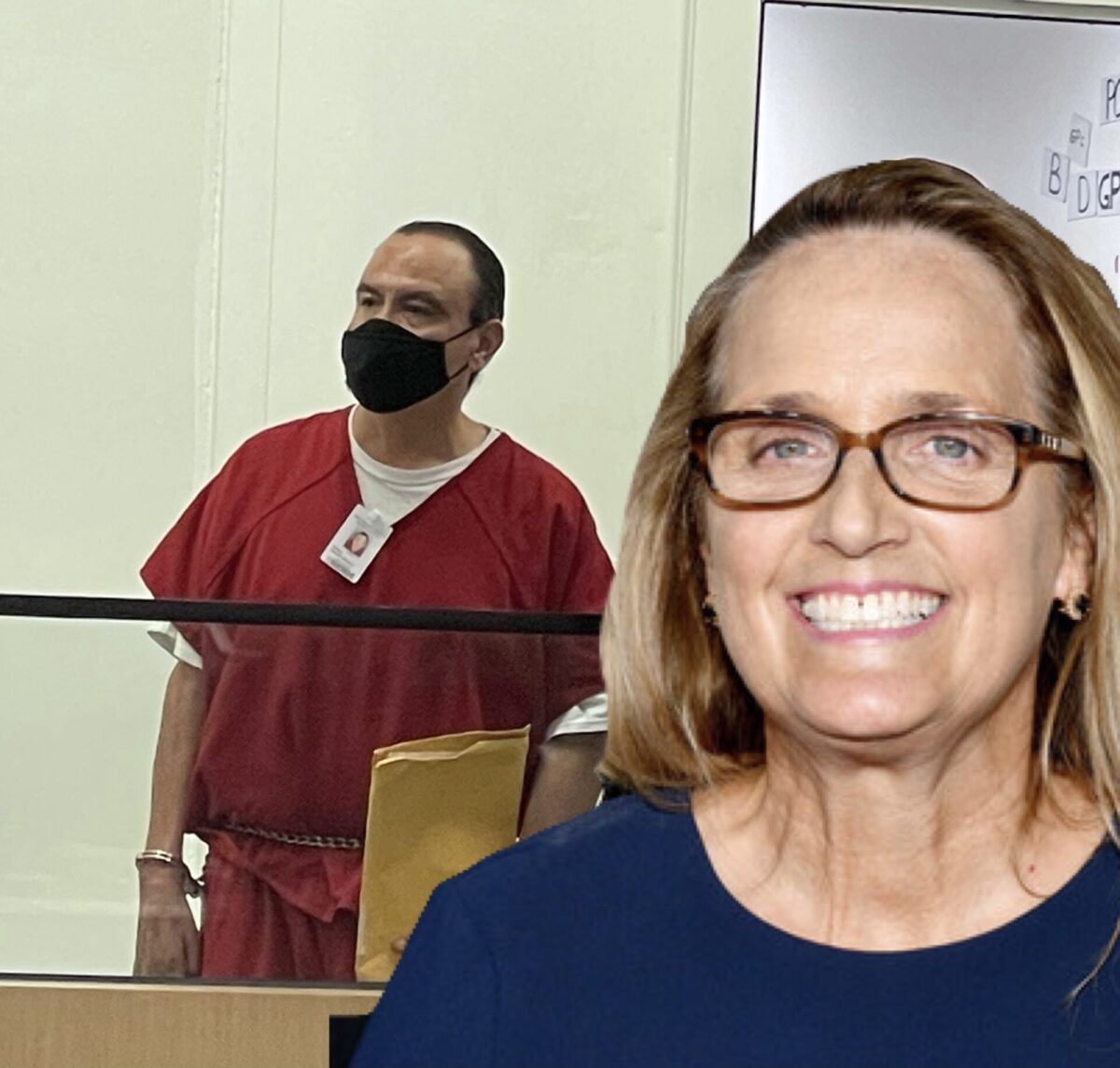 We review our most important story of 2021, a bombshell that is still ongoing and may impact the District Attorney election of 2022.

How can the public be assured if best practices are being followed? How can these secretive relationships, described by the courts as “being fraught with peril”, be tracked? Why is Salazar still being allowed to establish and maintain monetary and/or non monetary agreements with informants outside of the perimeters of any written policy whatsoever?

Yet County Counsel would later write “Sammy Nunez is not and has never been a confidential informant for the District Attorney’s office. Furthermore, the District Attorney’s office does not have an attorney client relationship with Mr. Nunez or FFSJ.” Despite the contradictory statements, the county nonsensically maintains the CPRA exemption based on the informant and attorney client relationship still exists. In other words, the county is not releasing documents based on an exemption that they now say never existed in the first place.

“FFSJ” is the acronym for the now defunct Fathers and Families of San Joaquin that Salazar vehemently publicly argued in a Board of Supervisors meeting did not need additional auditing. Three days later Sammy Nuñez would be arrested on multiple child molestation charges by the Manteca Police Department via a Ramey Warrant. Based on documentary evidence and countless interviews, 209 Times believes that the Manteca Police most likely utilized the Ramey method to exclude Ms. Salazar from attempting to interfere in the arrest of her alleged informant and client.

The following is a timeline of events that appears to have impacted Nunez and Salazar’s relationship:

In a Stockton Record article titled
“A killing on Daggett Road”, Sammy Nuñez is quoted as saying:

“I keep on thinking about the duality in each of us. We all have the potential for good and for bad.”

“Dedrick “DJ” Rico Jr, was sprawled in a ditch, wearing his red United Farm Workers T-shirt. Nunez was DJ’s boss, but he was also a surrogate father.”

(This murder occurred during the same time period that Nunez has now been charged with sexually abusing a child, during the years of 2001-2006).

March 2006
Sammy and his wife Melinda Nunez, establish Fathers& Families of San Joaquin during the same the year police say Sammy was sexually abusing the child.

March 2011
Nunez is fired from FFSJ by his board of directors for suspicion of embezzlement. He keeps running the organization refusing to comply.

November 2012
FFSJ is dismantled with the state by its legitimate board officers.

January 2012
Sammy Nunez is a featured speaker at Michael Tubbs‘s campaign kick off for city council. Tubbs would later use Nunez’ image in various campaign flyers. Nunez would reportedly often brag he was untouchable due to his relationships with elected officials, especially Michael Tubbs. Later Nunez would include DA Salazar and Chief Jones as being part of his inner circle.

December 11, 2014
Case is dismissed due to Salazar’s yet to be explained “lack of prosecution”

December 11, 2014
RiverBank services detectives arrest 35-year-old Lori Gonsalves for embezzlement in excess of $300,000 from her employer at the time. She would later go on to work as the bookkeeper for FFSJ and be in charge of handling government grant application money while she was convicted and served her sentence in Stanislaus County while remaining the Bookkeeper for FFSJ.

April 12, 2016
Stockton Police Chief Eric Jones and Father and Families of San Joaquin’s executive Director Sammy Nunez sign a “strengthening law enforcement and community relations grant letter of agreement. This particular contract exceeded $600,000. But it’s real value was in helping legitimize FFSJ so that it could go after even larger government contracts.

June 4, 2017
Frank Gayaldo publicly asks if gang members on Stockton Police’s payroll should be used as de-facto security agents for Mayor Tubbs’ public events to intimidate protestors, which included his state of the city address at the University of Pacific. Gayaldo also complains privately to Stockton PD.

October 15, 2017
FFSJ Youth leader Brandon Harrison was murdered. In January of 2019 Rayshon Antoine Johnson pleads guilty to his murder. Nunez often publicly mourned over Harrison, despite several accounts from FFSJ staff that Harrison was involved in an altercation at the FFSJ office and fired by Nunez a week prior to being murdered.

March 26, 2018
Lead Youth coordinator for Fathers and Families Jesse Esparza, 22, was arrested in connection to the February 14, 2017 shooting death of a 29-year-old man who was shot and killed while trying to defend a woman from being beaten. Esparza was already in custody at the San Joaquin county jail on a unrelated case for shooting a store clerk during a beer robbery when detectives added the additional homicide charge.

October 10, 2018
209 Times reports that two former employees of Fathers and Families, drop bombshell letter detailing disturbing incidents such as guns being brought to the office, misuse of grant funding, and sexual harassment. Their requests for immediate investigations into Fathers and Families of San Joaquin which was ran by convicted felon Sammy Nunez (who was featured on Mayor Tubbs’ campaign fliers) were apparently ignored by Salazar. Meanwhile we discover that Laurie Gonzales, FFSJ book keeper in charge of government grants, is in the Stanislaus county jail serving time on her 2014 embezzlement arrest.Apparently Ms. Salazar doesn’t think this is enough red flags for FFSJ to be further audited.

June 9, 2020
Board of Supervisor Kathy Miller enters into contract with Sammy Nunez that empowers Nunez with safeguarding confidential county information and allowing him to manage stipends a.k.a. cash for criminals for mentors and participants. San Joaquin County and San Joaquin Probation gave FFSJ $1.4 million since 2016. District attorney Tori Verber Salazar approved of this financial relationship via her role with the Community Corrections Partnership.

April 22, 2021
209 Times requested via county counsel and Ms Salazar to either confirm or deny if this bizarrely claimed relationship was true.

April 23, 2021
An initial investigation was launched by the Manteca Police Department into Sammy Nunez for continuous (2001-2006) sexual abuse of a child under 10 years old.

Per the California Public Records Act, please provide the following:
Any and all written policies, procedures, and/ or protocols for the selection, acceptance, and/ or use of confidential informants and/ or cooperative witness with or without benefits and/ or fiduciary or penal encouragements.

“Initially, the County objects to your request on the following grounds:

May 17, 2021
County counsel responds to 209 Times’ objection which included links to the FBI and Orange County DA’s publicly available informant policy, thus illustrating the county’s above objections were nonsensical. County counsel alters their stance with the following:

“Please be advised that the District Attorney does not currently have a written policy for confidential informants.”

May 21, 2021
Sammy Nunez arrested and booked on a Ramey warrant at County Jail for the following charges:
288.5(a) PC: Continuous Sexual Abuse of a Minor
289(b) PC: Sexual Penetration with a Foreign Object: Victim Unable to Give Consent
288.7(b) PC: Oral Copulation – Victim Under 10 Years of Age

(Nunez was previously convicted in Santa Clara County for a gang related shooting at a dwelling or vehicle in the 1990’s. According to our sources, Nuñez allegedly never renounced his gang affiliations, and still leverages his close gang persona to manipulate subordinates, crime victims, and most disconcertingly, government officials.)

May 22, 2021
City Manager Harry Black wishes Sammy Nunez well on his “respite/sabbatical”, removes him the City Manager Review Board

May 25, 2021
FFSJ organizes a defund the police rally that was going to march in front of San Joaquin county probation despite the fact San Joaquin County probation had a secret contract with the organization. The rally was supposed to end at the Brandon Harrison Memorial Garden located at 320 S. Sutter St., Stockton.. Due to 209 Tmes coverage and public pressure, the protest was canceled. Legitimate community activists realized that FFSJ was not real activists but rather “tone setters” that were being paid by the government to alter the narrative and avoid criticism of the district attorney‘s office. Community activists were instructed by FFSJ members that Public criticism of Tori Verber Salazar was off-limits.

June 14, 2021
Fathers and Families of San Joaquin announces it is closing due to a loss of millions in funding.

June 24, 2021
In DA Salazar’s presence, State Attorney General Rob Bonta claims Stockton’s Office of Violence Prevention (OVP) was “a model to be replicated across the state.”

July 8, 2021
Harry Black quietly sends an email to city council alerting them that he terminate OVP’s executive director Daniel Muhammad “due to his actions, and not the actions of the office”. The email did not specify what those “actions” were although insiders speculate it’s because of Daniel Muhammad routinely leaking confidential law enforcement data to Sammy Nuñez and others.

Nuñez also had access to confidential law enforcement data thanks to a contractual agreement between San Joaquin Probation and FFSJ that tasked Nuñez with “safeguarding” and maintaining confidential county information and because of Nuñez’ position on the Stockton Police/city manager review board.