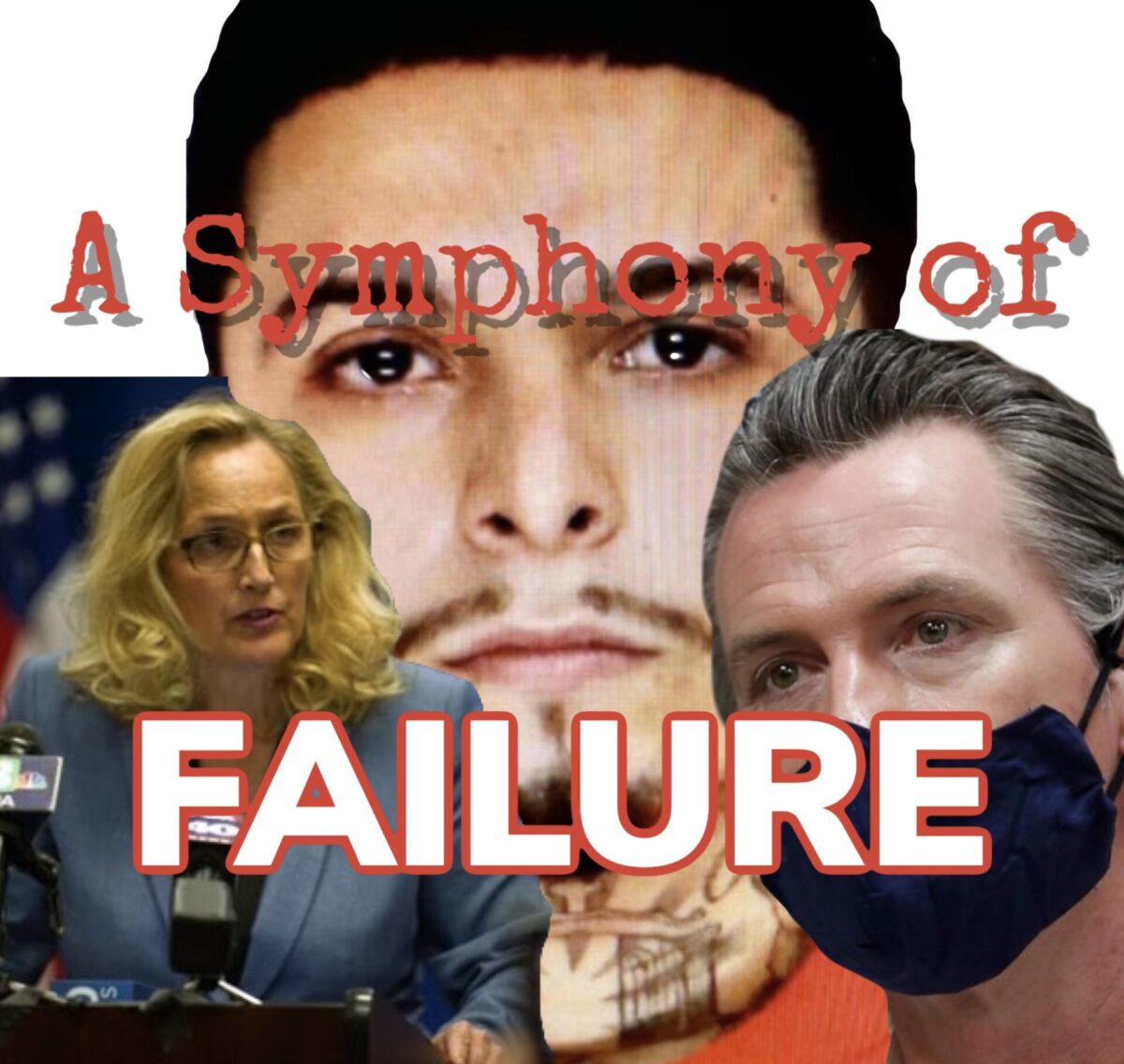 Did the DA’s strategy on crime, along with Newsom’s COVID policies, lead to the tragic murder of a Stockton infant?

The answer is yes.

Matthew Garcia, 24, who we recently reported allegedly murdered his own infant, was arrested in June of 2019 for home invasion in Stockton.  In fact, he and his crime partner were so bold, they returned to the scene of the crime to invade the same home twice.  This has been confirmed by the Stockton Police Department.

Yet a year later Garcia, a clearly dangerous criminal, was back on the streets which sadly allowed him the ability to allegedly murder his own baby.
How could this happen?

We have called, emailed and left text messages for District Attorney Tori Verber Salazar and her Public Information Officer, Angela Hayes trying to get answers. Hayes provided what could only be classified as a purposely misleading cryptic answer to our many written questions:

“No he did not participate in the restorative justice program “

When I AGAIN asked if that meant Matthew Garcia had not participated in ANY diversion program, Angela Hayes told me she’s no longer the DA’s  public information officer, and that she didn’t realize I was asking questions on behalf of a media organization, but thought rather I was asking as a “friend”.  (For the record, we have never been friends).

The DA’s office has hired a new “public information specialist” that to the best of our knowledge does not have any legal or law enforcement training or experience whatsoever.

Again I asked from the beginning if he was offered ANY diversion program. After much pushing, the DA’s narrative has since evolved:

“Previously, Matthew Garcia pled guilty to attempted robbery and burglary.  He was offered a six year state prison sentence suspended for an extensive year-long, live-in treatment program at The Jericho Project in November 2019. He refused the treatment program and opted for a state prison sentence. On January 28, 2020, Matthew Garcia was sentenced by the Honorable Judge Ronald Northup to three years in state prison. Due to Governor Newsom’s July 2020edict on reducing the prison population during COVID-19, Garcia was released on August 4, 2020 and placed on parole. The San Joaquin District Attorney’s Office was not notified of his early release.”

It should be noted we believe a more accurate answer is Matthew Garcia entered the diversion program, failed it, returned to local custody, was transferred to CDCR for a three year sentence and then released early due to COVID, which ultimately led to the senseless murder of his own infant. We are pressing for further clarification. But again, it’s clear the DA did offer this violent criminal a diversion program for his home invasion offense and that the DA’s office has been less than forthcoming about it.
We have been relentlessly requesting clarification about Tori Verber Salazar’s restorative justice and other diversion plans, a central pillar of Salazar’s new controversial approach to crime, for months without  success. Our grave concern has been that her radicalized policies have been influenced by some of the nation’s other most radical district attorneys, and that this would result in something as horrific as this situation.  Sadly, as usual, we were right.

Salazar’s office has received several million dollars of grant money from the state to implement a program that prosectors and police we speak with say will greatly endanger the public.

We have formally requested the following information from the District Attorney:

1) Was Garcia’s home invasion prosecution handled by your office? (We now know the answer is yes)

3) Was Matthew Garcia a participant in any “restorative justice” or any other diversion program?  (The answer was hard to pull out of the DA, but the answer is yes, he was offered drug diversion in lieu of a prison sentence)

4) Will the San Joaquin District Attorney’s Office incorporate this horrific failure in the statistics they manufacture to justify the success of their various diversion programs?  (Still unknown)

5) If Matthew Garcia would have participated in the diversion program for his home invasion arrest that he was offered by the DA, would that mean that his criminal history cannot be factored in when determining his sentence for this crime? Isn’t part of the restorative justice philosophy to allow felons, including some of the most violent, to erase their criminal histories?  (According to Prosector’s Alliance’s website that Tori Verber Salazar cofounded, the answer is yes).

6) Tori Verber Salazar has stated publicly she is against the Death Penalty.  Does that mean she will not consider the Death penalty in this case where an innocent baby was senselessly murdered by a man with a violent criminal history?
This fits a disturbing pattern that 209 Times has been alerting the public about for several months.
Despite our repeated requests, Tori Verber Salazar has never explained how Rodolfo Buenrostro-Corral, a close associate of Mayor Tubbs, could be arrested for allegedly raping and drugging a UOP student, but then be allowed to plead to what her public information officer, Angela Hayes,  described as “felony assault that did not require him to register as a sexual offender”. (Angela Hayes to this day refuses to provide the Penal Code he was charged with).  How can a felony assault charge born out of a rape arrest not require him to register as a sexual offender?

We have never heard of such a thing, nor have the experts we have spoken to that work within the DA’s office.  They say something is seriously wrong with Tori Verber Salazar’s policies and even her thought process, but that she will actively retaliate against any of her subordinates who do not support “restorative justice”.

What’s even more disturbing is no criminal record appeared when SUSD police conducted a Livescan on Mayor Tubbs’ close associate.  The result of the DA office’s plea deal allowed Rudy Buenrostro-Corral to enter onto SUSD elementary school campuses and mentor children on of all things “gun violence”.
It’s interesting to note Rudy Buenrostro-Corral is not only a recent vocal advocate of defunding SUSD police, but that he lists on his Linked In account that he works for “Impact Justice” whose stated mission is to “dream of a human and restorative system of justice in the United States”.

Rudy Buenrostro-Corral’s politics clearly align with Tori Verber Salazar’s agenda, he works in the “restorative justice field” and he somehow doesn’t have a criminal record that shows up during a Livescan. Based on those facts, we are confident he is the recipient of a diversion program provided by Tori Verber Salazar, but she refuses to confirm or deny our allegation.

1) Did Matthew Garcia, who was arrested for home invasion in June of 2019 (as was confirmed by Stockton Police Department and can also be verified by a Google search) participate in ANY diversion or restorative justice program that allowed him to be set free which resulted in the alleged murder of his infant?

2) Was Rudy Buenrostro-Corral, who was arrested for the alleged raping and drugging of a UOP student, truly allowed to plead to “felony assault that didn’t require him to register as a sex offender” and if so, what penal code was utilized in the plea deal, what were the conditions of the plea deal, and why doesn’t this felony guilty plead show up during a Livescan conducted by SUSD police when they were trying to determine if it was safe to allow him to interact with elementary school children on campus?