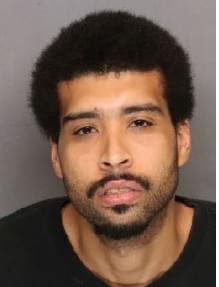 “On April 27, 2022, Stockton Fire and Patrol Deputies responded to a residence in the 2300-block of North Marine Avenue in Stockton to a report of a child in cardiac arrest. The child was transported to a local hospital, where she was pronounced deceased. There were no obvious signs of abuse, and the child had no reported history of medical issues. As part of the post-mortem examination, a toxicology test was performed.

Last week, the toxicology report was released and showed the presence of fentanyl in the child’s system. After further investigation, it appeared the fentanyl was brought into the home by the child’s father, who had become addicted to the substance after being prescribed opiates after suffering an injury.

A search warrant for the residence was obtained, and was served Wednesday, August 10, 2022. Fentanyl-containing substances and paraphernalia was recovered from the residence. 28-year-old Dominique Gray, of Stockton, admitted to knowingly bringing the fentanyl into the home, and was subsequently arrested for felony child endangerment and murder.

Two adults and their 5-month-old child were also present at the residence during the search. 25-year-old Desiree Krigbaum and 20-year-old Nicholaus Niederbrach, both of Valley Springs, were arrested and charged with felony child endangerment. Gray’s two other children are currently in the custody of family, and the 5-month-old is currently in the custody of San Joaquin County Child Protective Services. All three adults are scheduled to appear in court later today.

Fentanyl remains the most common drug involved in overdoses nationwide. In 2021, San Joaquin County reported 48 confirmed cases of fatal fentanyl overdoses – over half of those were between 14-35 years old. Counterfeit pills laced with fentanyl are made to look like other prescription drugs (Oxycontin, Percocet, Vicodin, Xanax, Adderall, etc.) Powdered fentanyl is also mixed with other drugs like heroin, cocaine, and methamphetamine.”