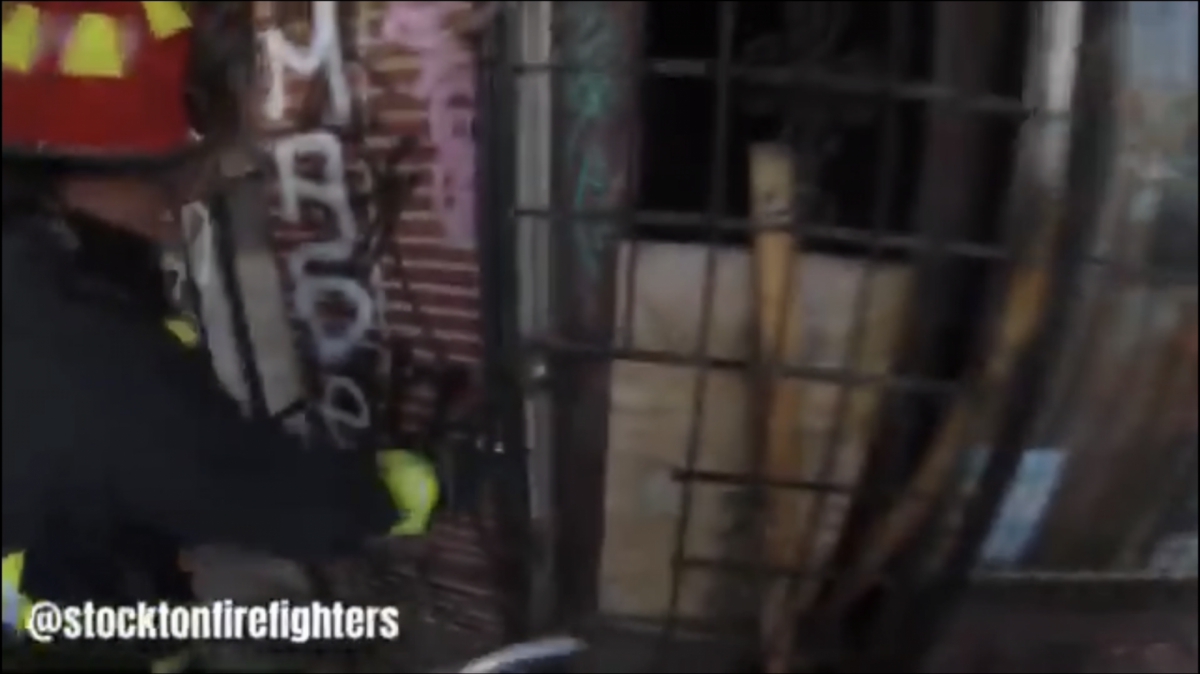 STOCKTON- Firefighters battle a blaze in an already abandoned and gated building in downtown Stockton. After only a few moments inside they are ordered to evacuate as the fire grows. Firefighters battle an average of 5 such fires being set each day in areas known to be used by homeless transients. As Stockton’s Mayor Tubbs and his close ally, Homeless Task Force Chair Kathy Miller, continue to remain inept despite bragging about getting over $50 million in grants to address homelessness, the situation only seems to get worse while they focus their attention to getting re-elected instead. As they travel out of town and campaign for themselves, this is what brave firefighters have to face. Daily. On top of that they’re being forced to fight for a new contract from the Mayor and City Council.