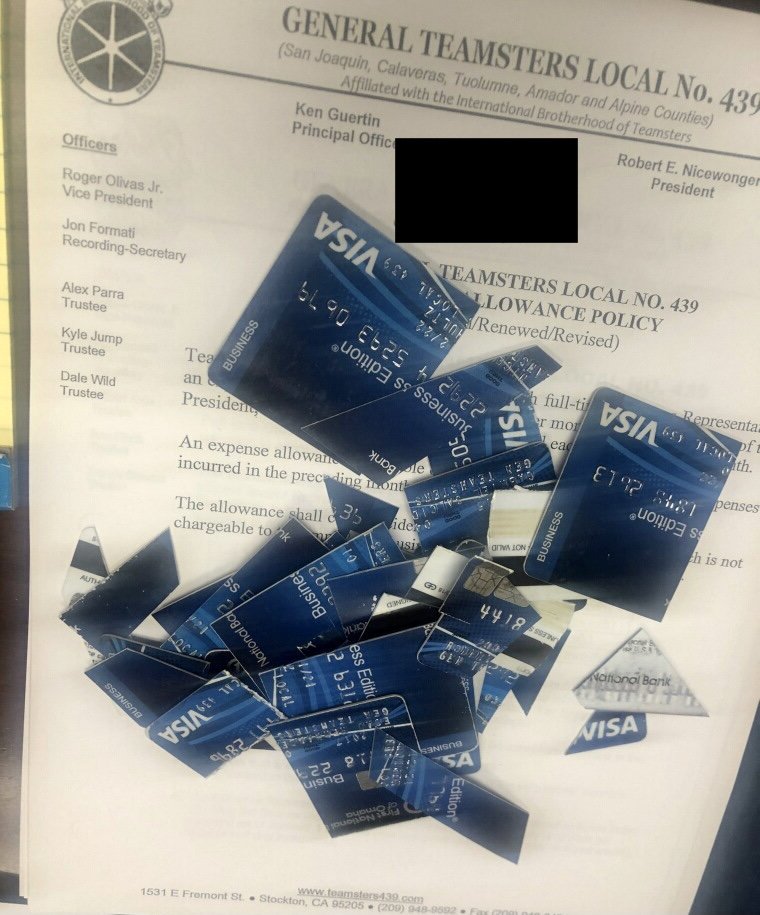 If you or anyone you know are members of Teamsters Local 439 BEWARE of these individuals. Despite both being FIRED as business agents for the Local their social media accounts still claim they are representatives of the union when in fact they are not.

In the case of Esau Hernandez who used his to position to promote Stockton Cabal candidates from Michael Tubbs to Kathy Miller (who all lost) he is still acting as the Secretary-Treasurer of the Central Labor Council, which he was placed on to represent 439 as a delegate of the ousted leadership Ken Guertin and Rob Nicewonger. All were removed in a landslide election loss by fellow union members after just one term. Yet Hernandez is still going along like nothing changed when he in fact no longer represents the union or its members.

Sources close to the situation who wish to remain unidentified for fear of retaliation claim that not only were the individuals fired, but that records and credit cards with questionable purchases were destroyed by them. In the case of Esau old watch parts in the middle of being repaired were found inside his office. Instead of representing for the members and picking better elected officials to support it appears maybe he was trying to start a pawn shop while being paid a salary by hard working union members? He has also allegedly taken a brand new iPhone 12 that was purchased right before he was fired and is refusing to return the Union property. He is now a delegate for the local Democratic Party, garnering support under the guise of being a “labor leader”.

Do no trust this individuals with union matters if approached as they have been stripped of their duties.