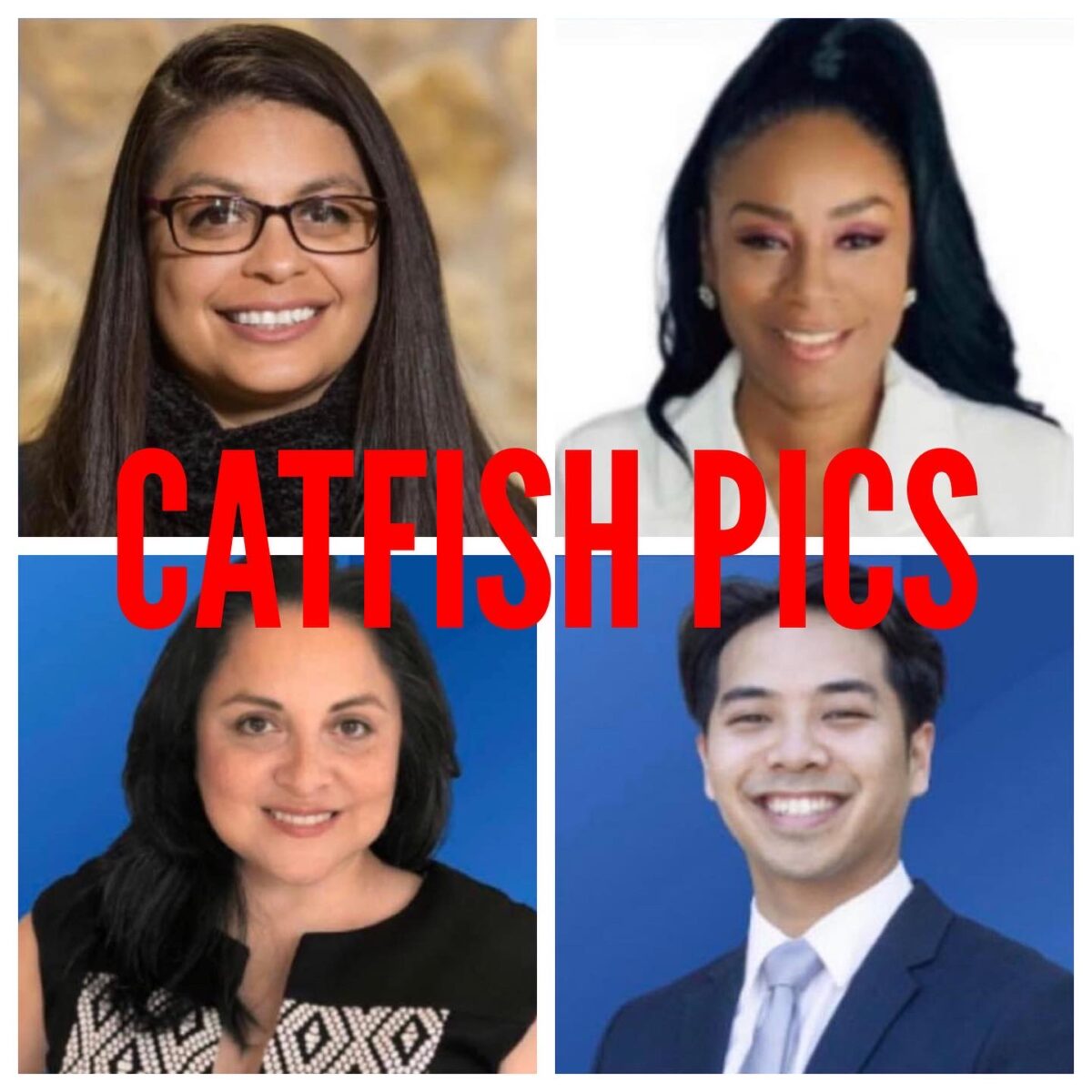 Millionaire Fritz Grupe, a white developer from Lodi and Don Shalvey, a white CEO of San Joaquin A+, from Linden, have been aggressively fundraising to apparently buy the election with a slate of 4 controversial candidates in order to seize control of the mostly brown and black serving Stockton Unified School District. Insiders say their intention is to usher in more charter schools that will be funded through Stockton tax payers.

Their failed attempt under the leadership of John Deasy, still has the District dealing with a $30 million deficit, which may lead to layoffs of teachers and staff. If they are successful with their candidates SUSD is doomed, leaving more than 5,000 employees without jobs further compromising the Stockton economy.

Here are the Cabal’s candidates:

We have included pictures they are putting out trying to catfish the public harder than Manti Te’o.

Join us in stopping the attempt of Grupe/Shalvey and  their “Defund SUSD Police” allies to takeover SUSD and put more students, teachers, and employees at risk.

Turn in ballots now or vote on November 8th. Don’t let outside millionaires takeover Stockton children’s education for their greed and ambitions.