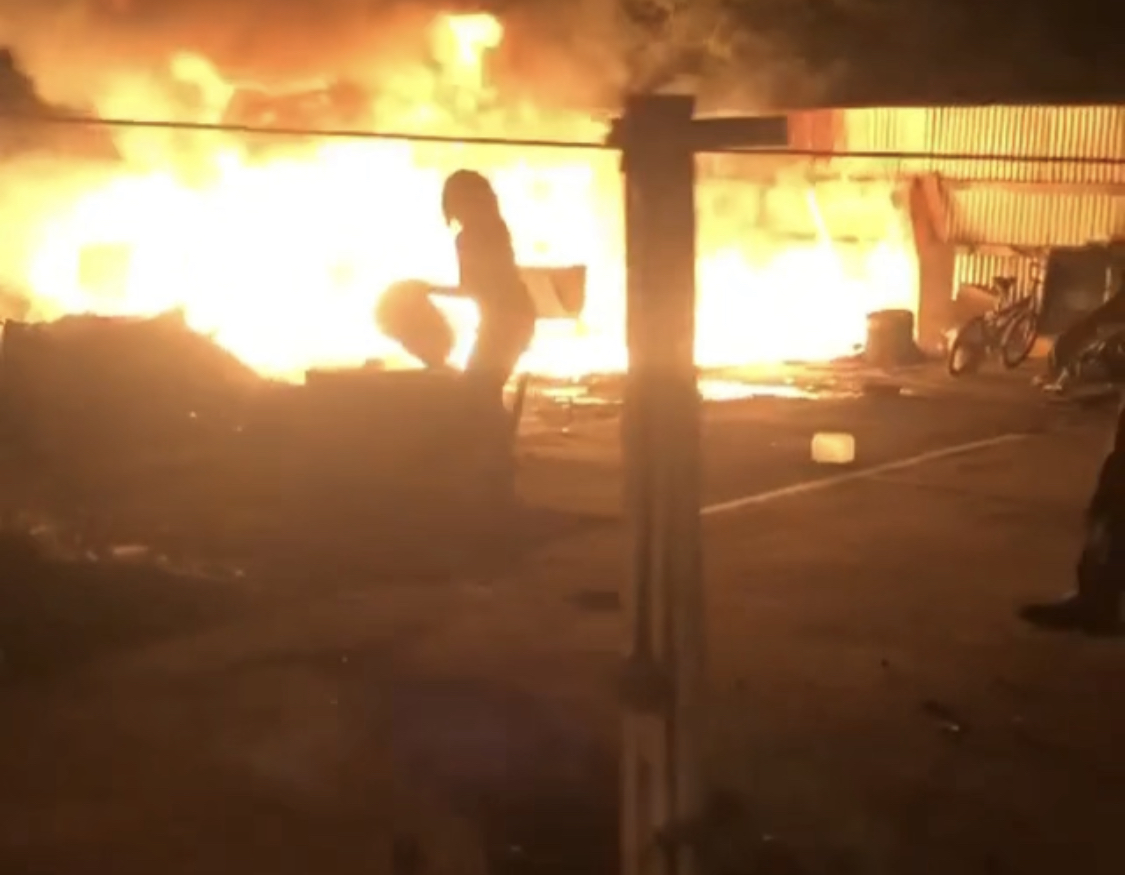 STOCKTON- A witness sent recorded a fire spread out of control at a homeless transient camp, dubbed Tubbsvilles and Millervilles as an ode to Mayor Michael Tubbs’ and County Supervisor Kathy Miller’s inaction and ineptitude at addressing the growing problem despite promoting themselves as champions as part of the Homeless Task Force, which Miller is Chair of. The fire department reports having to fight on average 5 such fires each day in the city that has seen the homeless population triple by 200% since 2017 when Tubbs took office as mayor. In this incident the fire ignited power lines as individuals attempt to put it out with buckets of water.