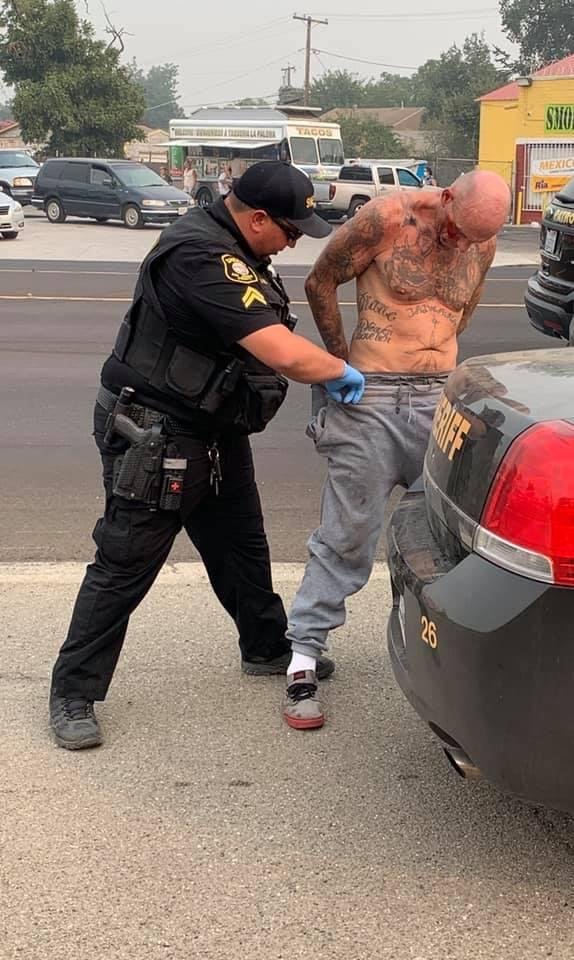 STOCKTON- A man wanted on a warrant was arrested today after a short pursuit after he crashed his vehicle on Wilson Way. He tried to flee but was quickly aprehended. The San Joaquin County Sheriff’s Office released the following statement:

“Shortly after 3 pm, our deputies came across Michael Thieman, 47, who had outstanding felony warrants and was in the area of Wilson Way in Stockton.

They attempted a traffic stop on the vehicle but Thieman failed to yield, and a pursuit ensued that lasted a little over 3 miles.

During the pursuit, Thieman sideswiped an unoccupied parked vehicle and almost lost control of his vehicle.

Three of our patrol units were then used to keep him from fleeing, causing damage to all units. Luckily, no one was hurt.

Following the stop of the vehicle, the suspect fled on foot but was taken into custody shortly after. However, he did sustain a minor injury during the foot pursuit.

During the search of Thieman’s vehicle, an explosive device was located inside. Our EOD (Explosive Ordnance Disposal) team was called out to secure the device safely.

In addition, our office received information that Stockton Police attempted a traffic stop on the same vehicle last night. The driver failed to yield and led them in a short pursuit that was terminated due to safety concerns.