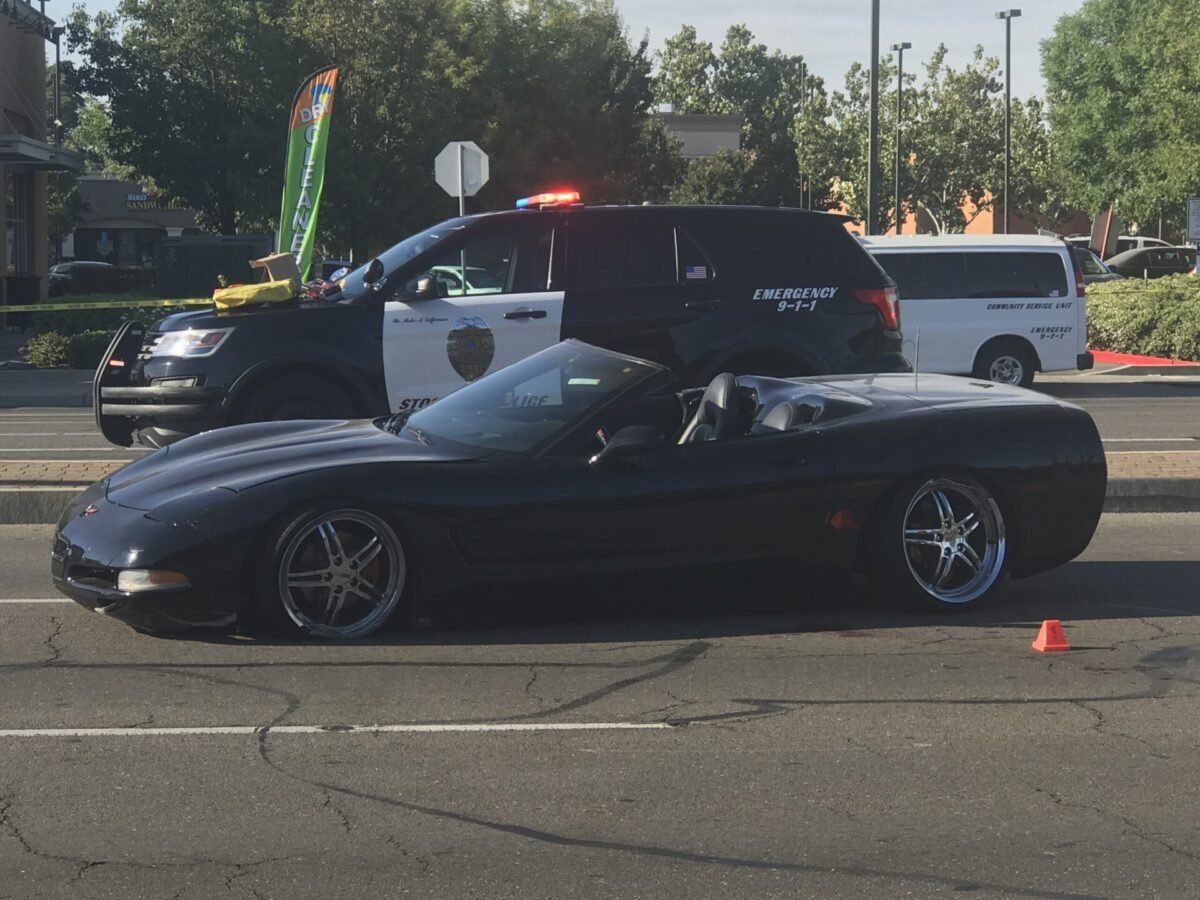 STOCKTON- Police have confirmed that a man is in unknown condition after being transported to the hospital after being shot in broad daylight on Hammer Lane. Witnesses describe a man reportedly sitting in a convertible Corvette in the drive through of Wendy’s when shots rang out. As he drove away his low sitting car drove over a center diver breaking his wheels. The rotor fell off of one wheel. Pictured here.

Witnesses say the man was unresponsive in the car when the ambulance arrived. More details to come as they become available.